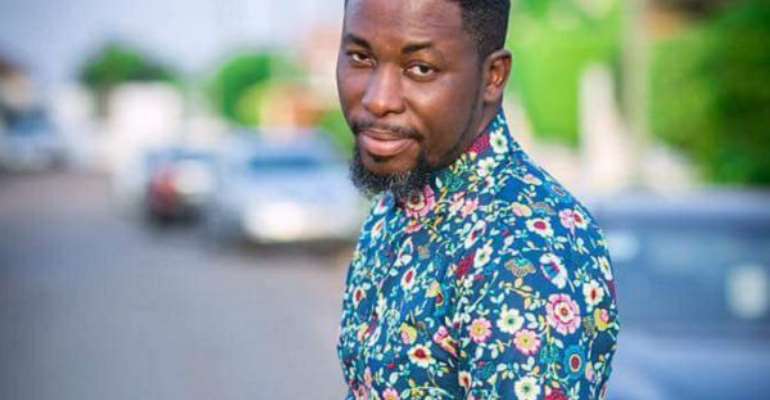 There is a quote that goes that never conclude on a person's humility in his state of zero money and influence, actually fill his pocket first with such before you start a road map leading to a conclusion on such a "humility stature" of him/her.

A similar case is that of the buffoon called Kwame Asare Obeng popularly known as A-Plus who until his exposure to big money, influential contacts and power had the reflection of a meek. Maybe a really big lesson the world has to learn and pay attention to so that such unpolished, greedy and selfish scoundrels like the likes of A-Plus who are untrainable and can never be refined into "civility" are never handed power and influence cheaply. A really big clue the world has to take before such dimwits who easily get overdosed with the little power they are gifted with, slide it off its pole of equilibrium.

Clearly, the arrogance being exhibited by A-Plus is far brighter than the sun even to the blind. It is highly deafening and most irritating especially because of the unconcern posture and lack of conscience he exhibits during his agenda of defamation of personalities with highly and carefully built reputations, through his lies. But society need not blame him much because it is obviously the traits of a jackass when he gets drunk with money made through cheap dubious means.

If Kwame Obeng well known as A-Plus thinks no one is aware of his dubious money making ventures then he has got to contact his soothsayers because his illegitimate money creation activities have seen the light of day. His questionable methods of making such dirty money have gotten on desks but we will only carefully touch and unveil the one he makes through his Cocaine business in this article, and in the subsequent days, cast light on the others.

Kwame A-Plus' addiction for sniffing cocaine, using tramadol and engaging in other forms of drug abuse which has turned him into a junky is not our concern so the ink will not be wasted on such societal unfit behaviour of his in this paragraph and the article as a whole because the world is already aware of the moron he is, rather our concern will be concentrated on exposing some sections of his supply chain structures through which he uses for his cocaine trade activities to prove our knowledge of his involvement in this trade which is making him lots of money and through that deceiving him of being invincible, a fool's thought though.

We are very much aware of Manu, SkyFlyer, Nartey, Iddrisu, Mensah, Adam, KillAgenda, Ampratwumasi and A-Plus' numerous other regional agents scattered across the sixteen regions of the country. His suppliers and business contacts in and out of the country are also well known to us, actually his meeting places in Burkina Faso, Nigeria, Uganda and others are constantly on our GPS. The trademark of his cocaine and where it is directly sold in the black market is also no news to us.

The most popular places where A-Plus' cocaine are sold in the country are as follows; in Kumasi, it is put for sale at Tinker at Alabar, Columbia and Bonsam Gyam at Krofrom, Pear Ase at Suame, 18 Mu at Race Course, Tafo Cemetry and others. In Accra, they are sold at Nima, Darkuman, Tip Toe lane, Newtown, Tudu, Ashaiman and others. In Takoradi, it is sold at Amanful Main Road, Apremdo Lake Area, Roman Catholic Day Care (Mp3t3dua ase) at Kwesimintsim Zongo, Brufum (charcoal place), Main Spain at New Takoradi, European Town at Assakai, Effia kuma, Sekondi Fishing harbour and others. In Eastern, it is sold at Pentoa wala near the Koforidua-Kumasi station, the Railway at Yaw Kyeremah near Nsukwao, Srodae Roman Catholic School at Father Laemans and others. In Tamale, A-Plus' stocks are sold at the Baabilon base and other bases in the Tamale forest. It is from Tamale that most of the cocaine stock of A-Plus are spread throughout the northern part of the country.

We know that like the vagabond A-Plus is and has always been, he will certainly deny the above as he has always denied all truths that have been pushed about him with his lies backed with his foolish local champion confidence. And if he thinks members of his cocaine cartel business can help rescue him out of this mess then he has not been lucky this time because his cartel members are very much aware of our readiness to cut off the flanks of any who attempt to get him/herself involved in this.

Finally, all politicians and influential personalities are also being admonished to shred off any contacts they have with Kwame Asare Obeng A-Plus and also drop all forms of dealings with him because bad and troublesome characters don't only ruin and influence good character, but it in addition tarnishes and ruins good reputation and integrity.