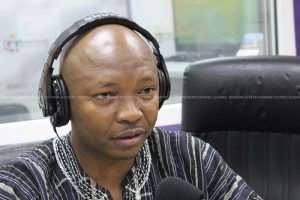 The Member of Parliament for Kumbungu, Ras Mubarak wants the Foreign Affairs Minister to make a statement in Parliament on the seeming tensions between Ghanaians and Nigerian retail traders.

Ras Mubarak on the Floor of Parliament said it was about time the Minister addressed the issue.

“I was also hoping that the Minister for Foreign Affairs would have been scheduled to appear before the House to make a statement on the Floor in view of the seeming raising tension that has been reported lately with regards to our neighbours from Nigeria,” he said.

The Majority Leader, Osei Kyei Mensah Bonsu, on the other hand, asked the Minister to use the right channel so the issue could be addressed.

“I keep telling my friend the honourable Ras Mubarak that the business committee on its accord doesn't generate agenda. It is those matters that are brought before us that we program for consideration, so if you want to make an appeal to invite the Minister, Mr. Speaker the Member I believe knows what to do,” he said.

On Tuesday, a number of Nigerian traders at Suame Magazine had their shops closed for engaging in retail trade contrary to Ghanaian laws.

According to Section 27 (1) of the GIPC Act, a person who is not a citizen or an enterprise which is not wholly owned by a citizen shall not invest or participate in the sale of goods or provision of services in a market, petty trading or hawking or selling of goods in a stall at any place.

The tensions also follow a growing anti-Nigeria sentiment in Ghana because of the involvement of some Nigerians in high profile crimes.

The Nigerian High Commission in Ghana criticised the reportage which he claimed has ‘xenophobic tendencies.”