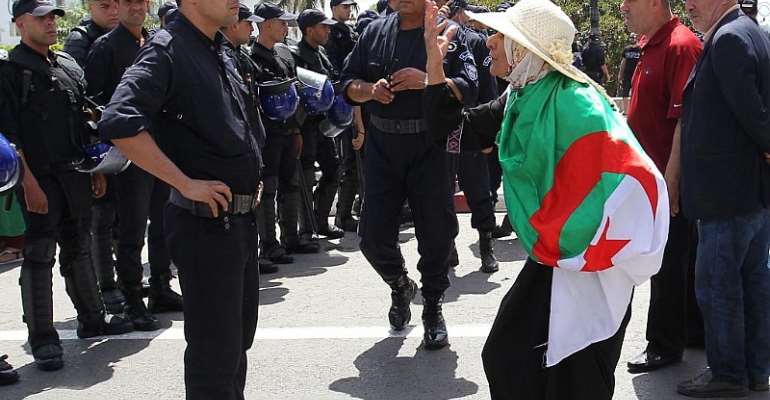 Discontent poured into the streets of the Algerian capital Algiers on Friday in the latest of weekly protests which began after President Abdelaziz Bouteflika quit his post on 2 April 2019. Police detained dozens of demonstrators.

Some demonstrators also brandished the Berber colours despite a ban on the minority's flag imposed this week by army chief General Ahmed Gaid Salah.

Some chanted a unity call, "No to regionalism, we are all brothers."

Near the main post office the rallying point for the protests which broke out in February calling for Bouteflika to step down, the police had earlier arrested dozens of demonstrators, particularly the Berber flag-carriers.

Although the army chief has ordered a wave of anti-corruption investigations, demonstrators have kept up calls for his departure along with the entire regime connected with Bouteflika.

Larbaoui is director of a private company called Global Group, which runs a car assembly plant set up in joint venture with South Korea's Kia Motors.

The court of first instance in Algiers ordered Larbaoui to be detained, along with the head of state bank Banque Nationale d'Algerie (BNA) and two industry ministry officials, state radio reported.