MTN Heroes Of Change 2019: David Hagan, A Teacher Who Bring Relief To The Needy

Through The Galaxy Foundation 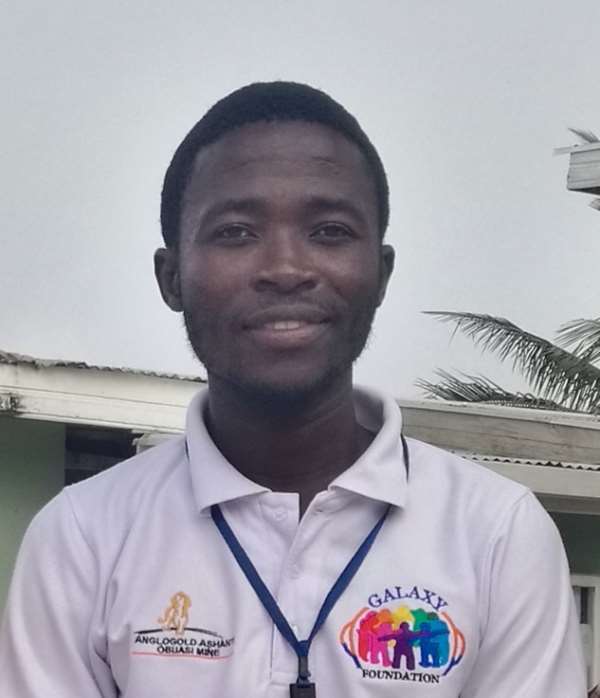 On this week's episode of MTN Heroes of Change 2019, the MTN Foundation highlights the works of David Hagan, a young man who lost his dad but hustled his way through school and despite having nothing, he still works to support those that need the most.

When you lose your dad right after JHS and things deteriorate so fast what do you do? Most people will give up on life. But that is not the case of David Hagan, a teacher and the Executive Director of the Galaxy Foundation.

Despite losing his father right after JHS and no means of income due to a jobless mother, David hustled his way through secondary school and the rest they say is history.

Today, he is a teacher at Obuasi in the Ashanti Region and through his foundation, the Galaxy Foundation, David is bringing relief and hope to thousands he comes across. It isn't surprising that the motto of his foundation is simply: 'Journey from despair to hope project' and he, personally lives by the mantra “we do not have to wait to have enough before we give to others, now is the time.”

“I lost my dad right after JHS. He was a miner. When he died, things change so fast that sometimes we had to beg from family friends to eat. My mum was jobless. I struggled my way through secondary school.

One day, I was walking by the roadside and saw a young girl with and her mum begging on the street. Frankly, something stroked me so hard, it was time for me to make a change. I had nothing but I was determined to make sure people leave a good life,” he says.

Since that encounter, David started making donations to needy homes, conducting health screening for communities and also organising free surgeries for patients who need it but do not have the funds.

“Once we get a particular case, we mobilize funds from all angles. i.e Facebook, friends, and churches. Then we talk to the surgeons who sometimes do it at a half prize for the patients. Anglo Gold also supports us by giving us their theatre at the hospital for the surgeries to take place there,” he says.

Challenges faced so far
Since he began, his biggest challenge is finance. He believes a lot more can be done only if he gets the right amount of funding. “We would have done much more than we have over the past seven years we started this project but our main challenge is finance,” he adds.

Future plans
With a great sign of satisfaction when a life is saved, David believes that to sustain the project, a regular source of funding is required. With four plots of land at his disposal now, he plans to start a cocoa farm just for the project. “A lot of cases are on our hands but we cannot do them all because we do not have enough funds.”

He also plans to establish an office to run the project because this a project that will run even when he is not alive.