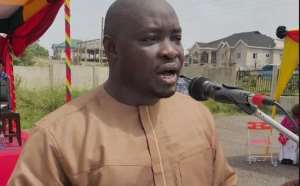 Residents of Asokore-Mampong municipality in the Ashanti region have called on the Municipal Chief Executive (MCE) of the area, Hon. Seidu Alidu, to humbly resign over his ability to develop the area since his assumption of office; else they will demonstrate against him.

According to the residents, their complaints about the poor performance of the MCE have been confirmed by the recent District League Table (DLT), a research conducted by UNICEF in Ghana, which placed his performance and the municipal at the bottom of the 216 league table.

The DLT is a grading instrument published annually by UNICEF in partnership with the Centre for Democratic Development (CDD) which measures the level of development in all 216 Metropolitan, Municipal and District Assemblies (MMDAs) across the country.

The rankings are based on six key indicators which are health, education, sanitation, water, security and governance.

These indicators are combined into a single index, and districts are ranked from 1st to 216th place in terms of the level of development.

In an interview with Otec News on Thursday, June 20, 2019, some residents, who described the MCE as arrogant, said he had not added even one infrastructural development to existing ones left by the former MCE, Alhaji Nuru Hamidan, since assuming office.

They believed the actions of the MCE and lack of developments are dwindling the fortunes of the party in the Asawasi constituency, a constituency they have vowed to wrestle from the opposition National Democratic Congress (NDC).

“We have regretted supporting him to become the MCE. Ever since he assumed office, he has never had the time to meet us, let alone asking us our problems. So how can we wrestle the Parliamentary seat from the NDC,” a resident quizzes.

Another resident also said, “he has not fulfilled any of his 2016 campaign promises. He promised to tar the roads in my area, especially the Sawaba-Parkoso road. When you go to his office, he sacks you, thinking you are coming for money, but we go there to present our problems”.

“He should humbly resign from that office, it’s a disgrace to the people of Asokore-Mampong that our MCE and municipal are last among the 216 MMDCEs in the country, what a shame. If he doesn’t resign, we will demonstrate and petition Nana Akufo Addo to sack him if the NPP wants to the 2020 parliamentary seat in the area,” they angrily added.

But in a sharp rebuttal, the Asokore Mampong Municipal Assembly is contesting its position in the latest assembly ranking in which it placed last.

The Municipal Chief Executive, Alidu Seidu, says the assessment is not a true reflection of reality on the ground.

"The Asokore Mampong Municipal Assembly vehemently protests its position on the ranking of the District League Table as being the last of all 216 MMDA'S in Ghana," Alhaji Seidu told Otec fm.

He accuses officials of the Center for Social Policy Studies at Legon of lying about their mission to the municipality.

"We wish to state that two persons from the Centre for Social Policy Studies, Legon were here to interview some personnel on the current DACF [District Assemblies’ Common Fund] formula and proposed alternative formulae for consideration. We were never told of any assessment or indicators for ranking on the District League Table," he added.