By jove, Gove's out! Johnson and Hunt vy for UK top job 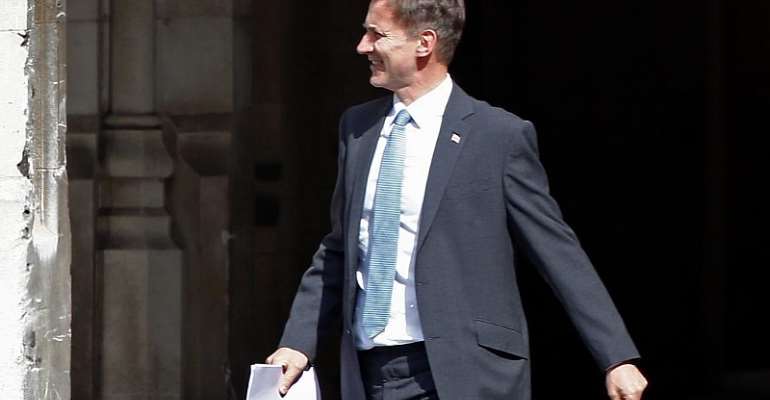 Conservative Members of Parliament filled out a fifth ballot late Thursday as Johnson, the frontrunner, gained 160 votes, while Hunt garnered 77 and Gove a close 75.

Hunt called himself "the underdog" on social media, but has promised to deliver Brexit.

Although British pundits asserted that with Johnson's wide lead in each round of balloting he would do a deal with the second place winner to become prime minister, it was announced that the 160,000 Conservative members will vote for who fills the next top job.

British television station ITV announced that Johnson and Hunt would go head-to-head in a televised debate scheduled for 9 July. Johnson said on social media he was looking forward to "a debate of ideas".

The voter's choice will decide who takes over from caretaker Prime Minister Theresa May in late July.

Akufo-Addo commences process to remove Anin-Yeboah over $5m ...
32 minutes ago