Stop Scapegoating Nigerians In Your Reportages—Suhuyini To Media 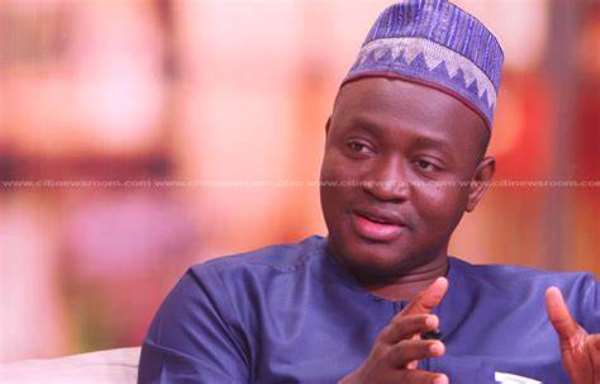 Member of Parliament (MP) for Tamale North Constituency, Hon. Alhassan Sayibu Suhuyini has added his voice to the ongoing debate over Nigerians being tagged as criminals in the country.

He urges the local media to be circumspect in their reportages in the ongoing feud between Ghanaians and Nigerians.

According to the MP, it was completely unnecessary for the media to scapegoat Nigerians in its crime reports adding that "this could destroy the long term bond between the two nations."

Speaking on Accra based Television station on Thursday; Hon Suhuyini said “our National Security outfit busted some gentlemen who were alleged to have been involved in the kidnapping of the Canadians. Out of a gang of 8, 3 of them were Nigerians and very reputable media houses chose to highlight the fact that Nigerians were behind this kidnapping ignoring the fact even if you wanted to highlight the nationalities, the Ghanaians outnumbered them, 5Ghanaians were involved. Why scapegoat the Nigerians in that manner?”

He added that it was appropriate to have referred to alleged kidnappers as ‘foreigner nationals’.

The lawmaker further disclosed that most media houses are contributing to how unlawfully people from different countries aside Nigerians are being treated badly in the country based on negative reportage.

“When we talk about galamsey, the Nationality that comes to mind is China, which is unfair. Not every Chinese is a galamseyer and not every Chinese that comes here to destroy our lands and forest but it is very easy for Ghanaians to treat them unfairly based on the constant reportage regardless what brought them here, " he emphasized.

On the Nigerian professor's viral video, he expressed disappointment in the police service for not handling this Ghana-Nigeria feud in a professional way.

“If the Nigerian Professor said such words then something should be done about it. His words were inciting, in bad taste and it should not have come from him. We have had worse inciteful things and it led to the murder of an Investigative Journalist by a Member of Parliament in this country. He incited people on his live Tv show, how did the Police handle that matter? Why are they handling this in a different way? I was expecting them to have been more professional in handling this.”