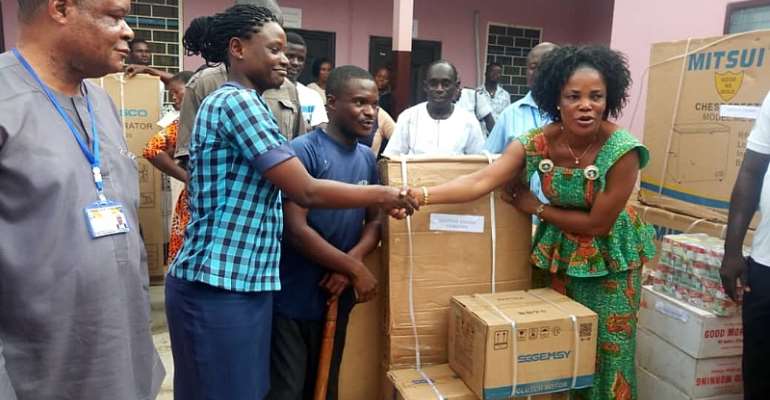 The amount involved forms part of the Disability Fund of the Assembly's share of the District Assemblies Common Fund (DACF).

The Assembly also supported some PWDs with medical and educational needs whiles those who want to go into mobile money business were also supported.

The presentations were done in the presence of the secretary of the disability group in the district, Ernest Awuah, Heads of Department, beneficiaries as well as the general public.

The District Chief Executive, Faustina Amissah urged the beneficiaries to take proper care of the items and try to invest into productive ventures to help uplift their standards of living and welfare.

She stated that the purpose of the fund was to empower persons with disability economically to get them out of the streets.

She further cautioned the beneficiaries that a monitoring team would be deployed to see to it that items are being used for the intended purpose.

Highlighting on how the beneficiaries were selected out of the many disabled persons, she posited that a committee was put in place to vet all disables of which those with more pressing needs were considered.

Secretary of the Association, Mr. Ernest Awuah who could not hide his joy, thanked management of the Obuasi East District Assembly for the gesture and said his members can now have a deep sigh of relief.

He explained that "it is almost a year now after H.E Nana Akufo Addo appointed Ms. Faustina Amissah to take over the Obuasi East District but she has proven to Obuasi and Ghana at large that given the opportunity, women can do better than men."

This is the first time the Obuasi East District Assembly has disbursed its share of the Disability Fund since its creation in March, 2018. The District was carved out of the Obuasi Municipal Assembly. 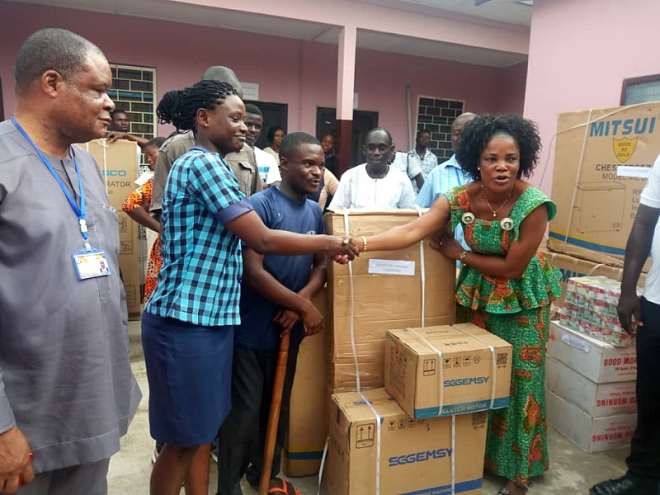 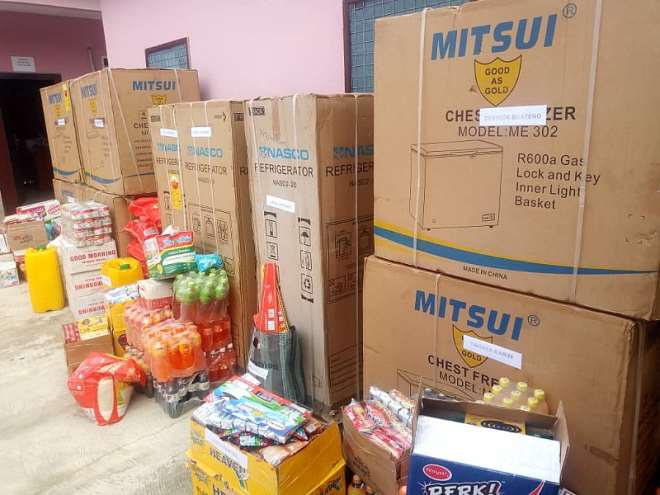 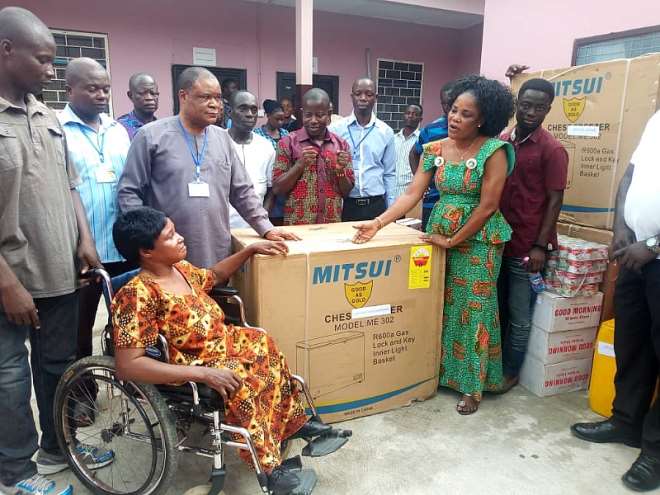