Suame Feud: Go And Open Your Shops, We Will Protect You—Police Assure Nigerians 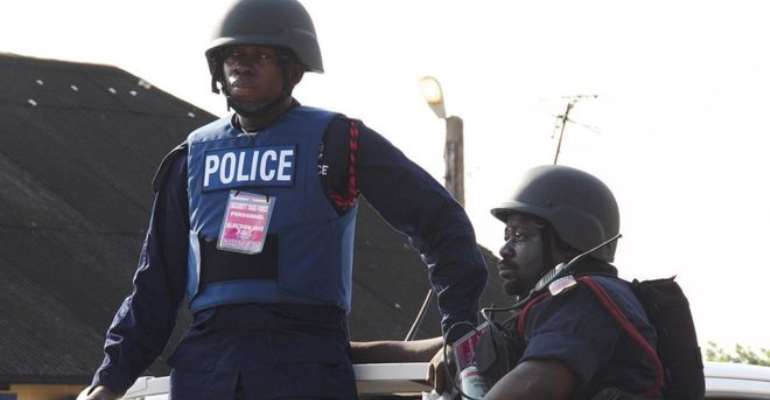 Nigerian shop owners at Suame Magazine have been advised by the Ashanti Regional Police Command to open their shops for business with an assurance of full police protection.

This follows after a group of young men believed to be members of the Ghana Union of Traders' Association (GUTA), on Wednesday, June 19, ransacked and vandalized shops belonging to some Nigerian traders.

According to the traders, they were only enforcing the laws of Ghana which bar foreigners from engaging in the retail sub-sector, a preserve of Ghanaians.

However, a statement signed and issued on Thursday, by the Public Affairs Officer of Ashanti Regional Police Command, ASP Godwin Ahianyo said it has taken a serious view of the attacks and has deployed Police officers with the assistance of the military to the area to restore calm and ensure sanity.

They disclosed that they have got hold of two names of people who masterminded the attacks, adding that efforts are underway to get them arrested.

“So far, two names have been mentioned to the Police as the mastermind of the attacks and efforts are underway to get them arrested. Other persons who have also been captured on video destroying properties belonging to Nigerian traders and burning car tyres will duly be identified and arrested,” the statement read.

The Police warned that any person who does anything illegal will be arrested and prosecuted in order to serve as a deterrent to others, and further urged the media to be circumspect in their reportage as some of the reports do not reflect the facts on the ground.

Meanwhile, the Ghanaian traders have been warned by GUTA not to prevent any Nigerian from plying his or her trade.

This was resolved at a meeting convened by executives of GUTA and the Nigerian Union of Traders Association Ghana (NUTAG) on Wednesday, 19 June 2019.