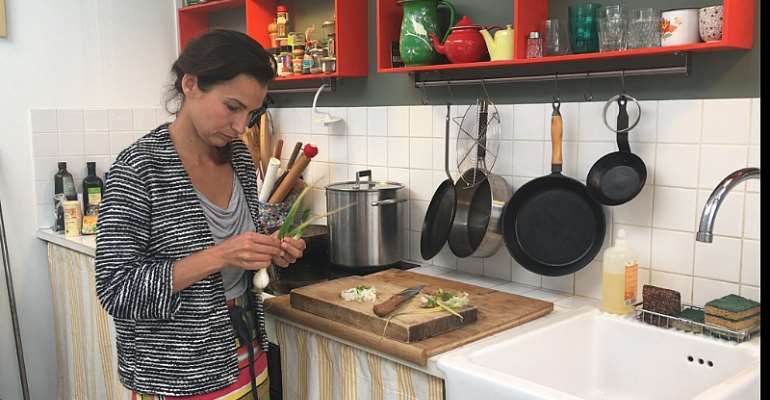 Ôna Maiocco is a writer and culinary creator, specialised in organic cooking using locally sourced vegetables.RFI met with her in her Paris workshop where she gives cooking lessons designed to encourage people to eat and cook organically and ethically.

Ôna Maiocco was raised in a family involved in healthy and organic cooking since the 70's. Her father and grandmother had an organic shop in Paris.

Ôna has been a vegetarian since she was 15 and became vegan a few years ago, “for ethical reasons, for animal well-being and the good of the environment”, she told RFI.

After a few years as a biologist, she quit her job to train as a pastry cook and get interested in Indian, Japanese, Italian and plant-based cooking.

Most of her time is now dedicated to giving organic cooking lessons and writing books.

The audience attending her lessons is usually aware of animal ethics and ecological issues.

“It's good to be aware of those issues but then you have to put them into practice in the kitchen. Then this is my role to accompany them”, she says.

“It always takes longer to cook than buying ready-made meals. And at the same time what I am trying to convey is that it's a time for oneself, which can be creative, recreational, a time when we can breathe and take a break after a day of work.[This]  will really allow us to connect to our diet”, she adds.

Next step for Ôna, leaving Paris to stay in the Creuse region, in central France. A kind of challenge for her as the region has one of the highest number of meat consumers.