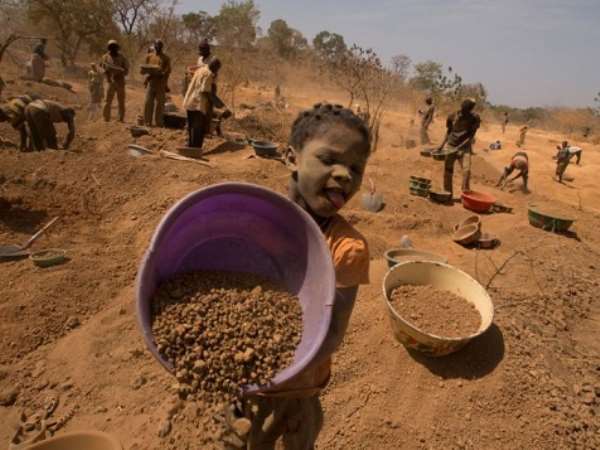 Recently, the Cable News Network - CNN, featured a documentary film about child labour in Ghana and many Ghanaians weren't happy about it. The truth is bitter than bile because people find it hard to accept their mistakes since they are not ready to make any change to improve the livelihood of the suffering masses including children.

Why a rich continent such as Africa should actually be the poorest continent in the world, plagued by diseases which never existed decades before slavery and colonialism? There are many reasons the continent of Africa will never be free, below are a few of them:

Africa is a continent of large economic opportunities, which are characterized by a variety of natural conditions, the richness of mineral reserves, the presence of significant land, water, plant and other resources.

For Africa, there is a slight dismemberment of the relief, which contributes to economic activity, the development of agriculture, industry, and transport.

The location of the continent in the equatorial belt is largely determined by the presence of huge arrays of humid equatorial forests. Africa accounts for 10% of the world's forests, which represents 17% of world timber reserves, one of the main African exports.

The largest desert of the world, the Sahara, contains in its depths huge reserves of fresh water, and large river systems are characterized by large volumes of runoff and energy resources.

Africa is rich in minerals, which are resources for the development of ferrous and non-ferrous metallurgy and the chemical industry. Thanks to the new discovery, Africa’s share in the world's proven reserves of energy raw materials are increasing.

Stocks of phosphorite, chromite, titanium, tantalum are more than in any part of the world. Stocks of bauxite, manganese, copper, cobalt, uranium ores, diamonds, rare earth metals, gold, etc. are of global importance.

The main areas of mineral potential are the copper belt of Africa, which extends from the Katanga region in Zaire through Zambia to East Africa, are deposits of copper, uranium, cobalt, platinum, gold, and manganese.

The regions of Africa are very different in natural features: moisture supply, soil types, vegetation cover. Only one element is common, a large amount of heat.

Today, the African continent has become a field of rivalry between the leading countries of the West, the USA, France, Belgium, Germany, Great Britain, Japan, and China.

Being the least developed region of the world with limited opportunities for high-yield investment in industry, Africa attracts the attention of these parasites, first of all, for its unique natural resources.

The lion's share of investment is directed to the development of raw materials of the continent. In an effort to provide their products with raw materials, Western countries concentrate on investments.

However, profits made on the continent by foreign investors are never used in Africa. All the money goes back to their respective countries, leaving Africans struggling to do anything to get out of poverty.

You're frequent watcher of Akuapem Poloo's nudity on social ...
40 minutes ago

I wanted to become a Catholic Priest but Ambrose Dery influe...
45 minutes ago