Message From NCCE To Ghanaians 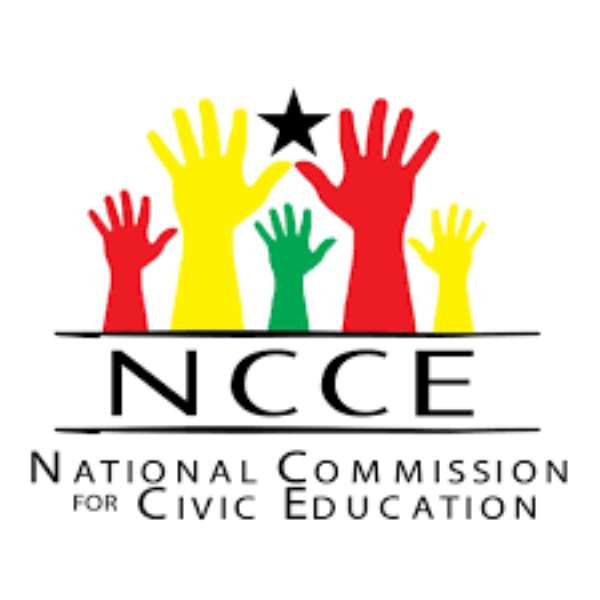 The National Commission for Civic Education (NCCE) by law in Chapter 19 of the 1992 constitution of Ghana is mandated to educate citizens on their rights as well responsibilities they owe to the state.

However, in the past weeks on 27th May, the commission marked its annual Citizenship Week celebration by the theme 'A Clean Ghana, Our Responsibility'. Unlike the immediate previous year's celebration on Anti-corruption, Accountability, and the Rule of Law, the current (2019) focuses on educating Ghanaians on the need for neat environment.

The proliferation of Litters and open defecation (OD) are concerns that have attracted the nation's interest in environmental governance therefore the need to preach against that in basic schools across the country. Over the years and now we have witnessed or encountered series of flooding notably, in Accra, Northern, Eastern, and Ashanti region where lives were lost, prodigious sums of properties destroyed and people rendered homeless.

It is in the interest of the commission to announce to the general public that the proliferation of litters in the streets, markets, and schools etc. due to unprescribed methods of discarding waste especially plastic wastes such as pure water sachets, plastic bottles, fishing line and net, disposal diapers is the reason for choked gutters as a result, flooding.

It is indeed frightening seeing the estimated decomposition rate of the aforementioned plastics in their respective years; thus 400 years, 450 years, 600 years, and 450 years. We strongly believe none of us will be alive to witness the end of these plastic materials as we indiscriminately dumb them around. Farming and fishing are also areas that suffer the menace of inappropriate plastic wastes disposal- it becomes difficult for plants growth in farmlands since the act degrades the soil likewise fishes in the sea die when they consume plastics dumped therein. Research by Ellen MacArthur at the World Economic Forum indicates that by 2050 there will be more plastics in the sea that fishes if measures are not taken.

Open defecation, on the other hand, is the human practice of defecation outside in open environment rather than into a toilet. This act is frequent and remains a problem in to the country since it causes health hazards like cholera, dysentery, and other related diseases. A law has been passed by Parliament outlawing all sought of open defecation and to deal with perpetrators and landlords who do not abide or build toilets in their homes. Evidence on prosecution of culprits of open defecation in the law court exist already.

For the plastic bottles, after use please keep them until you spot a dustbin. Better still, for pure water sachets, you are urged to empty the sachets completely and tear off its spine (belt) then fold the rubber from which the spine was torn until it becomes very small. After, tie it up using the spine and it's convenient to be kept in the pocket or purse until a dustbin is found. Schools are advised to mount separate dustbins for plastic wastes to facilitate recycling. Trees planting too should be a habit of students to help mitigate global warming.

This, as NCCE states, will hugely cut down cost on government spending on sanitation and also influence the health status of every citizen positively.

We'll not accept the 4% salary increment — Coalition agains...
1 minute ago