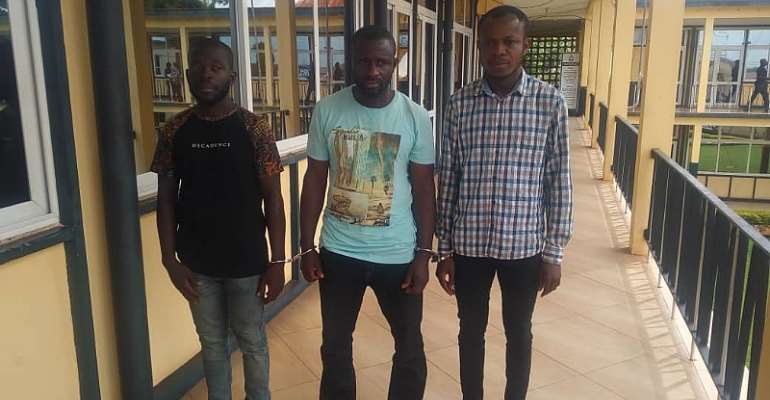 Ashanti regional police command has arrested three persons suspected to be among car syndicates in Kumasi metropolis and part of the region.

Mr Ahianyo advised the public to be cautious in transacting car deals.

The 3 are noted for snatching vehicles from car owners after feigning interest in buying the car while going for a test drive.

He said their modus operandi was to approach unsuspecting car dealers and feign interest in purchasing a particular vehicle after which they would ask the owner for test on highways.

According to ASP Godwin Ahianyo, during the test drive, the criminals will stop in the middle of highways and force their victims out and bolt away with the car.

He indicated that the Ashanti Regional police received intelligence on the activities of the three persons and arrested them in the process as they were engaging in a similar act.

The police say their investigations have shown that the suspects have swindled several car dealers and traders in the Kumasi Metropolis and other parts of the country using a similar approach.

The police are calling on all persons who have been victims of such cases to report to the Ashanti Regional Police Command.

They are also cautioning the general public to be vigilant to avoid being defrauded.