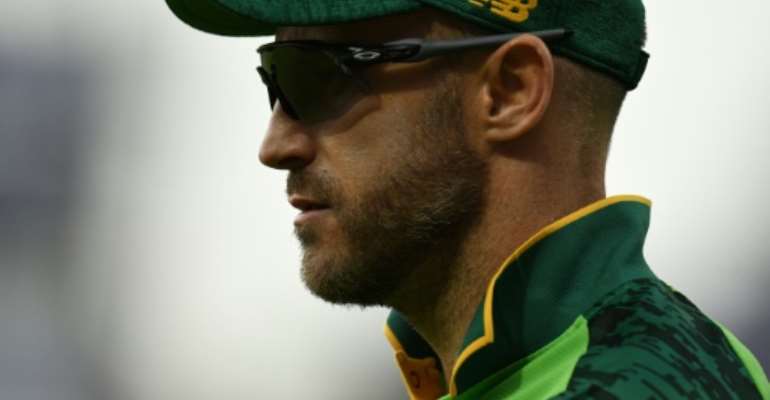 Faf du Plessis's South Africa side are almost certain to miss out on the World Cup semi-finals. By Oli SCARFF (AFP)

Captain Faf du Plessis was left contemplating the ruins of another World Cup campaign on the ground where South Africa experienced their greatest heartache in the competition 20 years ago.

The Proteas' hopes of reaching the semi-finals in England and Wales are all but over after a four-wicket defeat by New Zealand on Wednesday.

One minor consolation is that the recriminations from Wednesday's reverse at Edgbaston are unlikely to be as great as those at Warwickshire's headquarters 20 years ago when a disastrous run-out saw them tie with Australia and miss out on the final due to an inferior net run rate.

South Africa are still alive at the World Cup but with just one win from six matches it would take an extraordinary combination of results to see them into the semi-finals from a 10-team round-robin group phase.

On Wednesday, South Africa fought hard to get to 241 for six on a difficult pitch after losing the toss. 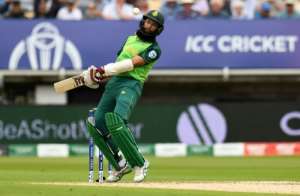 And it so very nearly proved enough, with New Zealand needing a superbly paced 106 not out from captain and star batsman Kane Williamson to see them home with just three balls to spare.

Fans of AB de Villiers will argue this proves the Proteas were wrong to refuse the gifted batsman's offer to come out of international retirement for the World Cup, but others will say the offer came far too late for it to be accepted by South Africa's selectors.

"Kane played a great knock, you know," said Du Plessis. "It's probably the difference between the two sides, just one guy taking it through.

"You need someone to go further, and we haven't had that."

Inevitably, given their painful World Cup history, the question of whether South Africa "choked" on Wednesday is bound to be asked.

"Choking", however, implies squandering a winning position, whereas this match in Birmingham was more of a see-saw contest determined largely by Williamson's knock.

The New Zealand skipper is a world-class batsman and the truth is that South Africa's World Cup campaign was in trouble long before this fixture. 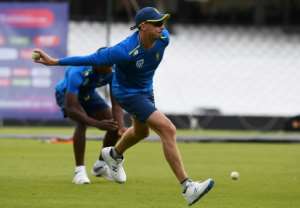 South Africa's Dale Steyn takes part in a training session at the Oval on May 28, 2019. By Dibyangshu SARKAR (AFP)

Losing Dale Steyn without the veteran fast bowler delivering a ball at the tournament was blow, but South Africa were gambling on the 35-year-old recovering from a longstanding shoulder injury.

Having tournament hosts England and another highly fancied side in India as two of their early opponents meant South Africa had a tough start and it was no surprise when they lost both of those matches.

But what really derailed their campaign was a 21-run defeat by Bangladesh, where the Tigers piled up 330.

Several South Africa batsmen got starts in reply, including Du Plessis, who made 62, but nobody was able to play the major innings required.

The Proteas' painful history at the World Cup is littered with self-inflicted wounds. 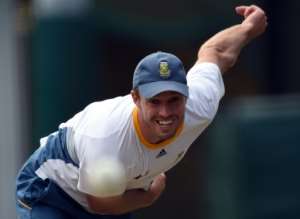 As well as the 1999 run-out debacle, they exited in 2003 after misunderstanding the rules governing rain-affected matches, and made the controversial decision to drop Kyle Abbott for what turned out to be a nailbiting semi-final loss to New Zealand four years ago.

South Africa did not help themselves on Wednesday when Williamson, who had then made 76, got a thin edge off Imran Tahir to wicketkeeper Quinton de Kock.

The Proteas did not request a review, only for replays to show a nick.

"I think I was at long on at the time, and Quinny is the closest to the action," said Du Plessis. "That's not where the game was won and lost."

This World Cup could well mark the last appearance at the global showpiece for players in their mid-30s such as Du Plessis and Proteas opener Hashim Amla, who never really got back to his best after being hit on the head by a bouncer from England's Jofra Archer.

"If you look at our batting unit, we've got some future talent and some promising players, but if you put our top six and you put the other top sixes around the world, purely on a numbers point of view, we won't be in the top three," admitted Du Plessis.