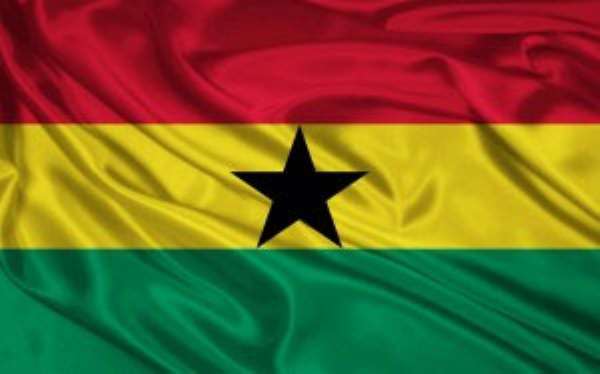 Mind you, Ghana and Nigeria have a long-standing cordial diplomatic relations and therefore cannot be soiled through the whims and caprices of some criminal elements in our midst.

That said, both Ghana and Nigeria are sovereign countries and have absolute power to deal with any obdurate criminal as prescribed by the available laws without fear or favour

In the current state of rampant criminal activities amid grave concerns, there appears an overwhelming support for prosecutions and convictions of the criminally-minded citizens and denizens.

I must, however, confess that a lot of memories had ineffaceably stencilled on my mental sheet. But the most memorable one I can recall readily was the deportation of millions of West African migrants from Nigeria in January 1983.

Ironically, the hardships in Ghana exacerbated exponentially following the expulsion of approximately two million Ghanaian migrants from Nigeria to Ghana in late January 1983.

The deportees arrived by land and sea, in astonishingly overloaded Ships and Trucks.

According to observers, the Nigerian government's reasons for the deportation of illegal aliens in January 1983 included, but not limited to: ensuring the integrity of Nigerian immigration laws, the general economic recession which resulted in the reduction of foreign exchange earnings to Nigeria, and the involvement of some foreign nationals from neighbouring countries in all sort of criminalities, including violent religious disturbances in Nigeria (Aremu 2013).

Interestingly, however, some of the preceding reasons for the expulsion of the aliens gave the sceptics the energy and reason to tag the whole exercise as a “window dressing”.

Somehow, the observers viewed the Nigerian authorities action as an illustrative case of “give a dog a bad name and hang it”.

But that said, the Nigerian authorities other reason for the expulsion, which was to ensure the integrity of Nigerian immigration laws, was, of course, a step in the right direction in my humble opinion.

As it was expected, the Nigerian government came under avalanche of criticisms following the deportation of the West African migrants in January 1983.

Take, for example, the United States of America, through the U.S. State Department in Washington, described the decision as “shocking” and claimed that it represented a violation of “every imaginable human right” (The Nigerian National Concord (Lagos) 8 February, 1983; Aremu 2013).

Besides, the European Economic Community (EEC) in a press statement in Brussels deplored the expulsion order and its mode of implementation (The Nigerian Sunday Concord (Lagos), 13 February, 1983; Aremu 2013).

The expulsion was also described as “an act of heartlessness and a failure of common humanity”, by Mr Michael Foot, the then opposition leader in the British House of Commons (The Nigerian National Concord (Lagos), 8, February, 1983; Aremu 2013).

Unsurprisingly, the Nigerian government action was also strongly condemned by the global media. For example, the French press described it as “an act of barbarism unparalleled in the world” (Aluko, 1985: 424; Aremu 2013).

In the same vein, Pope John Paul II of blessed memory described the deportation of illegal aliens from Nigeria as “a grave, incredible drama”, producing the largest single and worst human exodus in the century” (The Nigerian Sunday Concord, 13 February, 1983; Aremu 2013).

Moreover, the Heads of States of the neighbouring West African countries responded harshly to the 1983 Expulsion of Aliens from Nigeria.

The then head of states of Ivory Coast, Benin Republic, Burkina Faso, Niger and Togo censured the weird action, by issuing a joint statement deploring Nigerian government's expulsion of illegal immigrants in 1983 (Aremu 2013).

The head of states of the aforementioned West African countries denounced the act as “contrary to the spirit of African hospitality and various international agreements” (African Economic Digest, 1983:6726; Aremu 2013). As a matter of fact, the 1983 expulsion soiled Nigeria-Ghana diplomatic relations back then (Aremu 2013).

In recent times, there have been unprecedented criminal activities on our streets, in our homes and in our communities. Disappointingly, however, the scumbags continue to have an unfettered fun.

To be quite honest, the activities of the bloodthirsty scumbags are tantamount to war, and, we must respond with an equal measure of vengeance.

When we skim through the daily tabloids, turn on our Televisions and Radios; we always set eyes on the squeamishly ugly activities of the remorseless criminals.

Obviously, I am not alluding to pocket pickers, mobile phone, goat, yam, plantain or cassava thieves. But I am rather referring to the hardened criminals who are often equipped with machine guns, semi-automatic weapons, bazookas, and deadly rifles.

So, it is my fervent hope and prayers that none of my dear ones, friends, minions, or even my unrepentant enemies, ever fall a victim to these boisterous and homicidal scumbags.

These impenitent malefactors are indeed brutal, heartless, vicious, and are scumbags of the highest order.

In fact, if you inadvertently come into contact with these 'homicidal brats, and fortunate enough to survive the ordeal, you will remain the luckiest person on the planet.

In other words, an unfortunate encounter with these boisterous brats is simply an illustrative case of “a dead man walking”.

Trust me, dearest reader, the activities of these scumbags do not end on the highways alone. They, the brats, carry their activities to our homes, banks, businesses, and market places.

It is, therefore, not surprising that after putting up luxurious houses, and installing doors and windows, you still have to fortify them with extra burglary iron bars.

In actual fact, people have become prisoners in their own homes, primarily due to the activities of these homicidal hoodlums.

Frankly stating, these hoodlums are making life very unbearable for citizens and denizens, and also discouraging potential investors from making any meaningful investments in the country. Thus, it is incumbent on the authorities to curb the activities of the shameless hoodlums.

We must not and cannot look on unconcerned and give in to the potential nation wreckers. To this end, I will urge all Ghanaians to endeavour to collaborate with the security forces to 'fish out' the heartless criminals in our midst.

As a matter of fact, we cannot and must not sit apathetically and allow these scumbags to win the battle; deploy the army immediately and if possible, bring back the capital punishment in kidnapping and armed robbery cases.

To be quite honest, we should not be sending the mindless scumbags to prisons and feed them, and only for them to come out and terrorise us more. That, for me, is inconsequential. Let them ingest their own bitter pills!

Bear with us on the border closure — Oppong Nkrumah to resid...
20 minutes ago