Ethiopian Airlines Has Been Creating Birthday Memories For Years 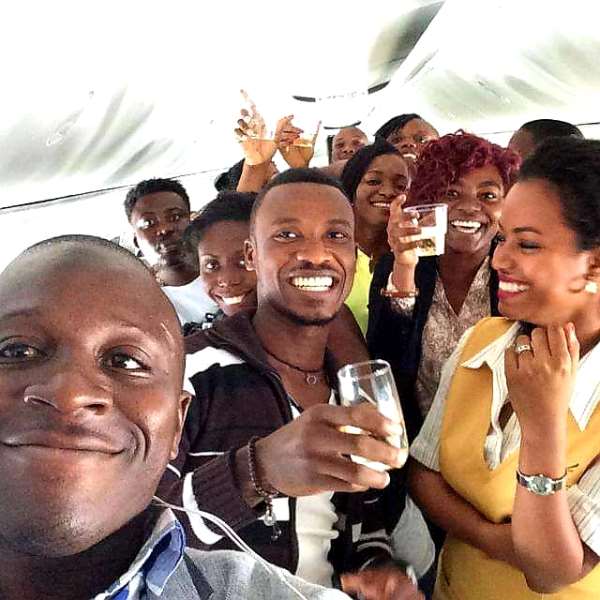 Ethiopian Airlines, Africa’s largest carrier and SKYTRAX Best Airline in Africa, has been creating memories for birthday celebrants in the air for years.

When a passenger’s birthday coincides with a flight, the airline on a regular basis celebrates the passenger, irrespective of the ticket they hold.

The pilot or a cabin crew usually announces the name of the passenger over the radio, cabin crew quickly speak to the passenger and thereafter bring a nicely dressed cake to the birthday celebrant and serve drinks to all who care to join in the occasion.

Mr. Cephas Larbi, the Managing Editor of The New Publisher was celebrated on-board Ethiopian airlines when his flight coincided with his birthday on March 20th, 2017.

Ethiopian Airlines has remained politically neutral in all markets it operates in and only concerns itself with delivering value to its customers by enhancing the traveling experience.

Ethiopia’s dedication to its customers and especially the Ghanaian market is what has led to the airline being named as the ‘Best Airline in Africa’ for the third consecutive year at the Skytrax 2019 World Airlines Awards held in Paris on June 18, 2019.

Akufo-Addo commences process to remove Anin-Yeboah over $5m ...
40 minutes ago