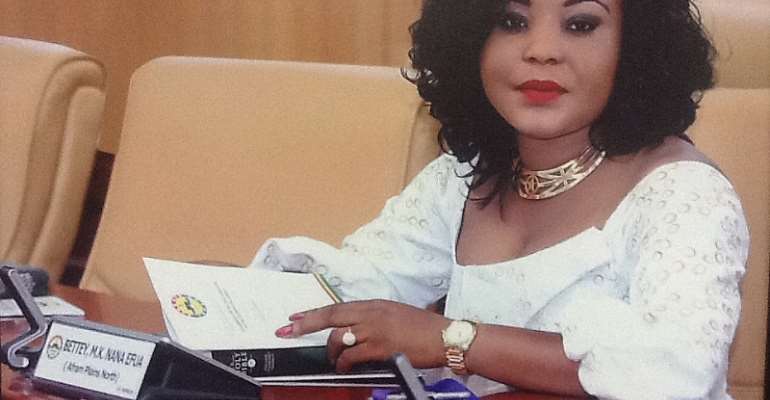 Hundreds of youth who are due to register their name in the voters register through the ongoing EC limited voter registration at Afram Plains North in the Eastern Region, fear being disenfranchised.

Residents who live 80-50km to the District EC registration centre have had to either leave early dawn or spend days at the centre so they could have their turn.

The population growth is mainly due to the influence of migration of people to the District. The District covers an area of 2,520 sq km in terms of water and landmass.

Three-quarters of the communities are located on the Islands within the water bodies and can only be accessed by road and largely by water transport.

With the ongoing limited voter registration, people from the islands have to travel far distance of over 80kms, half of it would be from the water Island to the District capital Donkorkrom.

It would be recalled in the 2012 general elections, the EC under the Chairmanship of Dr Kwadwo Afari Gyan had to airlift election materials to the Island communities to avoid late voting and even upon that the results were brought in two days time.

This, the Member of Parliament for Afram Plans Constituency, Hon Betty Nana Efua Krosbi Mensah, revealed in an interview in Parliament Wednesday, June 19, that many of his constituents feared disenfranchised because of long distance and transportation cost.

According to him, most of the communities are very far from the District capital and prospective registers have to travel several kilometres to reach the centre.

Besides the travelling from far distances, those who could not be able to register due to either a long queue or break down of the machine or both have to either travel back for another day in a situation they have nowhere to lay their heads for the next day.

The worse of all, Hon Betty Krosbi said, are those from the Island communities as they have to take two or three boats on water before they could reach the centre and in a situation where they are unable to register, going back has always been a challenge.

She lamented that the situation is having an untold hardship on the people even though she had intervened for some in terms of transportation.

The lawmaker noted that all these extra costs she bears is as the result of the EC refusal to conduct the registration at the electoral area level, stating, the cost of travelling could have been reduced if not eliminated.

Nevertheless, Hon. Betty encouraged residents, especially the youth who attained the voting age to turn out in their numbers to get registered for that is the only means by which they could return the National Democratic Congress (NDC) to power in 2020 to bring development and improve the system.