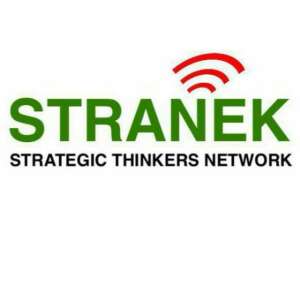 The immigrant-friendly environment created during the colonial and Nkrumah administration encouraged many non-Ghanaians to enter Ghana and dominate the secondary sector of the economy.

Historically, the feud between Ghana and Nigeria dates back to Ghana’s implementation of the Alien and Compliance Order on 18th November 1969 which saw the mass deportation of undocumented West African immigrants (over 200,000) most of whom were Nigerians under Prime Minister, Kofi Abrefa Busia.

Busia inherited from the NLC a Ghanaian economy riddled with increased unemployment, increased crime (with majority offenders as foreigners), large scale smuggling, shortage of essential goods and a shortage of foreign exchange exacerbated by monies repatriated by immigrants and traders. Technically, the Aliens Compliance Order Act 1963 (Act 160) was not meant to harm a group of African residents but required all immigrants (non-Ghanaian Africans or non-Africans) without residence permits to comply with Ghana‟s immigration laws.

Unfortunately, the enforcement of this Act resulted in the mass expulsion of foreigners, mainly Africans, because most of them had not regularised their stay at the time of its enforcement.

Before handing over power to Prime Minister Busia (Progress Party), the then NLC attributing significantly the rising unemployment to influx of immigrants and their economic activities, devised a number of measures to regulate the movement of immigrants and their economic activities in the country. This included but not limited to the introduction of a new citizenship acquisition requirement (one would be required to have, at least, one Ghanaian parent) and a directive to all missions of countries with citizens in Ghana to properly register and document their citizens in Ghana.

However, this mass departure of the immigrants antagonized the relations between Ghana and the countries whose nationals were affected by the expulsion order particularly Nigeria.

In a retaliatory manner, the Nigerian government on 17th January 1983 announced in a televised national broadcast asking all foreign workers, unskilled and skilled to leave Nigeria by 31st January 1983 and 28th February 1983 respectively.

Eventually this led to the deportation of over 2 million immigrants with over 1 million as Ghanaians. Like the government of Ghana, the

Nigerian government cited among others the following reasons; protecting the integrity of Nigerian immigration laws; the general economic recession which resulted in the reduction of foreign exchange earnings to Nigeria since 1981; the involvement of some foreign nationals from neighbouring countries in violent religious disturbances in Nigeria and; involvement of some Ghanaians in some crimes (a major retaliatory reason) including armed robbery in Nigeria.

Both acts by the Government of Ghana and Nigeria was heavily criticised by the affected member countries, ECOWAS and the international community as arbitrary.

Regardless of the above happenings, Ghana and Nigeria have since had friendly competitive relations ranging from Ghana and Nigeria Jollof to our intensed AFCON Football competitions, Ghana Nigeria Music and Movies to our recent airport competition following the newly constructed Terminal 3 at the Kotoka International Airport by Former President John Dramani Mahama.

Mention can also be made of the regional trade interdependence between the two countries ranging from oil and gas to agriculture. There is more to what unites us than what divides us.

However, the recent menace of kidnappings in Ghana involving both Ghanaians and Nigerian nationals, the way it’s been handled and reported seem to throw mud at the long-broken but repaired relationship between Ghana and it neighbour (Nigeria). In view of the above-mentioned threat to Ghana’s relationship with Nigeria, exacerbated by unguarded media publications fuelled by unprintable stereotyping, STRANEK-Africa wishes to provide the following policy advice to the Government of Ghana and the Nigerian Mission in Ghana in their quest to amicably handle the situation. It is our belief that this will help avoid irreparable damage to the integrity and image of both countries.

Criminal Prosecution of Individuals Offenders Not States: Following the abduction of the two Canadians at Ahodwo, Kumasi Royal Golf Club, at 8.25pm on 4 June 2019, the security forces including the Ghana police, BNI, Military and National Security commenced an investigation that led to the arrest Of 14 persons, including three Nigerians, three Fulanis and Ghanaians. Prior to this, three Ghanaian girls namely Priscilla Blessing Bentum, Ruth Love Quayson and Priscilla Mantebia Koranye had gone missing months with no hope of their whereabouts. A careful read of section 89 of Ghana’s Criminal Code states clearly that “whoever kidnaps any person shall be guilty of second degree felony”. It is the hope of STRANEK-Africa that the case of the kidnappers be dealt with as a purely criminal case whiles avoiding dragging the name of our Regional Neighbour (Nigeria) into disrepute on a global scale. We also wish to remind the government of Ghana to revisit the Article 9 of the ECOWAS PROTOCOL A/P.1/5/79 RELATING TO FREE MOVEMENT OF PERSONS, RESIDENCE AND ESTABLISHMENT which states that “Member States undertake to cooperate among themselves by exchanging information on such

matters that are likely to affect the effective implementation of this Protocol. Such information shall also be sent to the Executive Secretary for necessary action in accordance with the provisions of the Treaty”. The government of Ghana should therefore exhaust the needed diplomatic channels to engage the Nigerian Mission in Ghana and Government. It is the position of STRANEK-Africa that this stereotyping has the potential to derail gains made in the implementation of the ECOWAS Protocol on the Free Movement of Persons, Residence and Establishment.

Birth Certificate and Passport Acquisition in Ghana: The Week Link: Over the past decade, some Ghanaians and public officers have aided and abetted foreigners to acquire Ghanaian Birth Certificates and Passport. Some foreigners have also gotten married to Ghanaian men and women, have kids and have become a part of us. STRANEK-Africa would like to state that not all foreigners with Nigerian names are Nigerians. Some Ghanaians do have Nigerian names due to inter-marriages. The Ghana police and Ghana Immigration Service should, therefore, do a thorough job by going beyond the mere usage of spoken languages in establishing the identities of arrested and alleged criminals and offenders of the law. This will help establish the legal identities of offenders of the law whiles avoiding or reducing the unnecessary stereotyping of not only our Nigerian Brothers but also other nationalities that may suffer the same fate. This is because, the fact that someone speaks Yuroba or Igbo or sounds like a Nigerian does not mean he/she is a Nigerian. The role and professionalism of the media is very paramount.

It is very disappointing how the Ghanaian media houses have given crime stories and recent kidnappings in Ghana a national colouration. The competition in our media space and limited professionalism regarding who broke the news (breaking news) has something to do with the increased stereotyping against Nigerians as most media houses thrive on little hints and sensationalism. It is therefore, wrong for the media to finger-point and headline Nigerians for crime in Ghana, even when Ghanaians are also involved. There are hundreds of good and hardworking Nigerians in Ghana contributing to our national development. It is also very worrying to see some Ghanaian Media Houses needlessly inflaming public sentiment every time one misguided Nigerian of over 200 million dispersed around the world, commits a crime. It is also very imperative for Ghanaians to remember that there will always be one Judas among the disciples. It is the view of STRANEK-Africa that Media Houses in Ghana, train their reporters and editorial teams on regional reporting taken into consideration the ECOWAS Integration Interest.