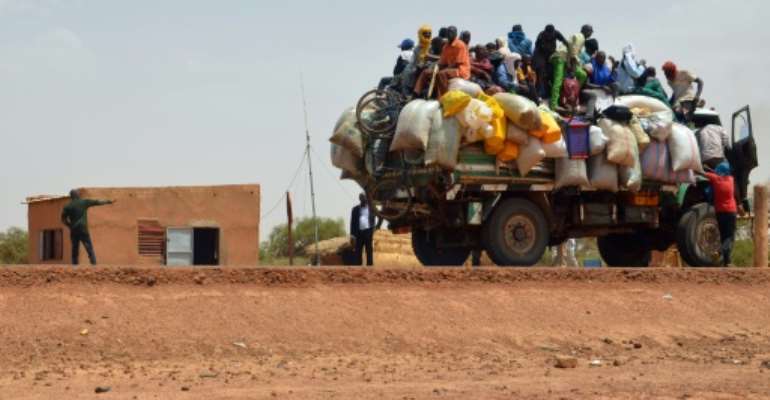 The attack against a police post on the highway from Ouallam was the closest to the capital yet by suspected jihadists. By BOUREIMA HAMA (AFP)

Two policemen were killed late Tuesday when gunmen attacked a police station on the northern edge of the Niger capital Niamey, authorities said.

The attack on the highway from Ouallam was the closest to the city yet by suspected jihadists who are waging a long-running insurgency in the Sahel country.

"The police post on the Ouallam route a few kilometers from Niamey was hit by a surprise attack by two armed individuals," the interior ministry said in a statement.

"The toll from the attack: Two policemen killed and two wounded."

Earlier a security source had put the number of wounded at four. Police investigators were on the scene on Wednesday morning, an AFP reporter saw.

No group immediately claimed the attack, which came weeks before the capital will host an African Union summit on July 7-8 with a number of heads of state.

Niger, a large, impoverished state, is grappling with attacks by jihadist groups in the west of the country, and raids by Boko Haram Islamists in the south, near the border with Nigeria.

Eighty-eight civilians were killed by Boko Haram in March alone, and more than 18,000 villagers forced to flee their homes, according to the United Nations.

On June 8, a US military vehicle was hit by an improvised explosive device as it entered a firing range near Ouallam for a joint training exercise.

Niger hosts an estimated 800 US troops, the largest American deployment in Africa.

The scale of the US presence came to light in October 2018, when four US and five Nigerien troops were killed in an ambush by fighters affiliated to the so-called Islamic State group.

Security is tight in Niamey, with high-profile deployment of the military and police and checkpoints on the highways into town.

W/R: Five wounded after residents of Ampatano and Kamfakrom ...
11 minutes ago