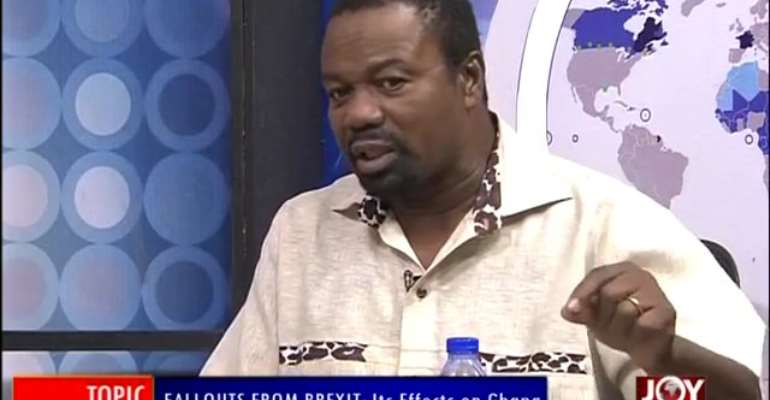 A Security Analyst, Dr Antwi Danso has cautioned against labelling all Nigerians as criminals because of the few bad nuts in the country.

According to him, research on the current wave of crime in the sub-region has revealed that international organised criminals composed of a few Nigerians are responsible.

“In this case with the Nigerians, we need to play between the relationship and the reality. The reality is that most of the bad things they do in the subregion, they are transnational organized criminals who peddle in gunrunning, cybercrime, and others. They move from one country to the other,” Antwi Danso said

He added, “When I was in Boston studying, it was bad; when you are walking, people could ask you, are you a Nigerian because right at the airport or several other places you will see billboards warning people not to travel to Nigeria or to transact with the Nigerians. It was that bad.”

The Security Analyst argued that generalising the acts of the few highly criminals will impair or cloud the judgment of law enforcers in their fight against crime.

While governments owe a duty of care to their citizenry to warn them against criminals when they receive unimpeachable intelligence, it is important that this is done in a manner that does not incite Ghanaians against other nationals.

According to him “if the media makes it such a way that the population rises against that particular nation, it turns into xenophobia as it happened in South Africa,” Antwi Danso who is also the Dean of the Ghana Armed Forces Command and Staff College warned.

This can also lead to reprisal attacks on nationals of the host nation living in countries where the perceive criminals hail from, he added.

Dr. Antwi Danso’s comments come on the back of Parliament’s condemnation of media reports which singled out Nigerians as masterminds of kidnapping in Ghana on Tuesday.

In a press briefing on Tuesday, Chairman of the Foreign Affairs Committee of Parliament said the development is unfortunate as it has the potential to poison relations between Ghana and Nigeria.

“We want to appeal to the generality of this country, particularly the youth and the media, that we should all be measured in terms of our pronouncement,” Mr Frank Annor Dompreh said.

The caution from Parliament on a statement issued by the Nigeria High Commissioner to Ghana, Olufemi Michael Abikoye, decrying media reports which he claims describe “Nigerians as a bunch of criminals.”

According to the statement, the “reportage has caused untold pain, agony as well as apprehensions for Nigerians.”

He argued that contrary to media reports, Nigerians in Ghana are “law-abiding” people who comprise “astute businessmen, bankers, insurance brokers, teaming students as well as investors.”

To ensure that foreigners are not involved in crime in their host nations, he urged security agencies and immigration officials must ensure that Economic the Community of West African States (ECOWAS) protocols regarding the free movement of persons, goods and establishment are properly adhered to.

“Unfortunately we don’t understand those international protocols Ghana has acceded,” he said.

According to him, the protocols “does not mean you pack your bag from, say, Ghana and move to The Gambia and start selling on the streets. There are rules and regulations because we are not one union yet,” he said.

Giving education on the protocols, he said citizens of ECOWAS member states who travel to sister countries must first register as a foreigner on arrival.

The visitor will be given 72-hours’ stay status which is renewable for 90 days. But those who wish to stay beyond the 90 days must apply for establishment status.

These processes, he argued, help the security agencies to effectively play their gatekeeping roles.

The failure in this regard is responsible for the challenges most African countries are grappling with as far as the treatment of foreign nationals is concerned.