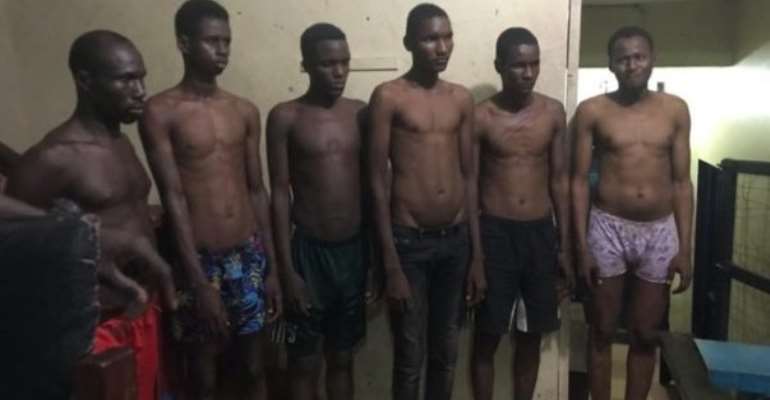 Police in Kumasi have rounded up six people suspected to be criminals in a raid as part of the measures to curb violent crimes within the metropolis and the Ashanti Region as a whole.

DAILY GUIDE gathered that last Sunday’s raid, involving dozens of officers, was conducted at Aboabo Zongo, a community in the Asokore-Mampong Municipality, where criminals are believed to be hiding.

A police source said the six, who are believed to be of Fulani extraction, have so far been interrogated.

A short gun and ammunitions were said to have been found on the suspects during a search.

They were arrested and taken into custody on suspicion to be involved in highway robberies and hijacking of cars in the region and its environs.

So far, there has been no official communication on the arrests.