Atiwa Mining Must Go On! Pronto! 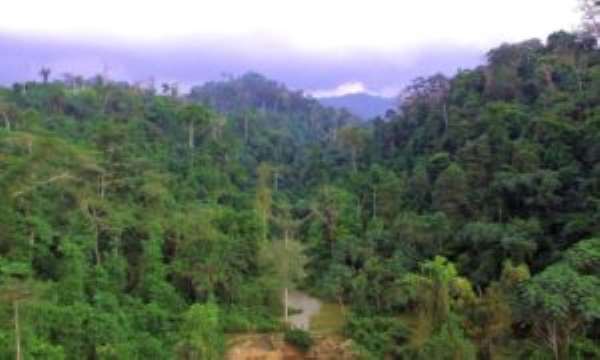 It is rather fascinating that the very people who have been inexorably maligning the image, character and reputation of the now-President Addo Dankwa Akufo-Addo should, all of a sudden, pretend as if the reputation of unarguably Ghana’s most progressive and visionary leader of the Fourth Republic depends on the decision of whether the $2 Billion agreement initialed between Ghana and China to have the Atiwa-Atweredu Forest Range mined for bauxite, in exchange for massive infrastructural development throughout the country gets carried out or not (See “Should President Akufo-Addo Pull Back from Allowing Atewa[sic] Forest Reserve to Be Destroyed?” Modernghana.com 6/16/19).

It is also criminally laughable to hear some of these same ardent and inveterate Akufo-Addo critics plead for the Atiwa Forest to be earmarked for the development of a National Park. I find the latter proposal to be patently absurd. To make sense of this clearly senseless argument, we first have to examine the ecological history and development of Akyem-Abuakwa, where the Atiwa Forest constitutes a major landmark, on the national development agenda of Ghanaian governments since the Kwame Nkrumah-led Convention People’s Party (CPP) assumed the democratic reins of government in the postcolonial era. On the latter count ought to be emphasized the indisputable fact that for purely political reasons, Akyem-Abuakwa is one of the richest lands of Ghana with the least level of taxpayer-supported or central-government development.

We must also remember the fact that the single-richest diamond mine in the West African sub-region is at Akyem-Akwatia. Yet, until very recently, the main road leading from Ghana’s capital city of Accra was barely passable, according to widespread news reports. Indeed, in the leadup to the last general election, that is, Election 2016, the greatest vaunt of the leader of the then ruling National Democratic Congress (NDC), President John Dramani Mahama, was to disdainfully refer to Kyebi, the Okyeman cultural capital, as “The Galamsey Capital of Ghana.” At the time that Mr. Mahama made the preceding remark, the largest river in Akyem-Abuakwa, The Birem River, had been so polluted that virtually every indigene or inhabitant in the area had to buy his/her own drinking water.

After literally adding insult to injury, the then President John Dramani Mahama rolled out absolutely no land reclamation program to ensure that the long-term existence of the Atiwa Watershed or Drainage System would be healthily preserved for generations to come. It is people with inveterate anti-Akan thinking like Candidate John Dramani Mahama who would now have Ghanaians and the rest of the world believe that they have the greater good of Okyeman at heart more than the people they have specially singled out for punitive destruction for decades than the “Akyemkwaas” themselves.

We must also wisely bear in mind that had the incoming Akufo-Addo-led New Patriotic Party that clinched a massive victory in the 2016 general election not promptly stepped in to revoke some eleventh-hour illegally crafted concessional licenses awarded to the younger brother of the outgoing president, to wit, Mr. Ibrahim Mahama, even as I write, both the Nyinahin bauxite reserves in the Asante Region, the largest bauxite deposits in the country, and the Atiwa bauxite deposits, would have effectively become the personal properties of the Mahama Family. But what would have been even more tragic, would have been the fact that Ibrahim Mahama would have been afforded a concessional carte-blanche without any expectations or responsibilities that he plow/plough back any reasonable percentage of profits in the form of the infrastructural development of the affected mining areas.

In other words, unlike the very savvy agreement signed between Presidents Akufo-Addo and Xi Jinping, which makes the preservation of the Atiwa Forest Range a major component of the agreement, the one involving Mr. Ibrahim Mahama was tantamount to the worst form of economic slavery ever known to humankind. It is also rather offensive and condescending for the writer of the opinion piece referenced at the beginning of this column to presume to lecture Nana Akufo-Addo on what aspects of his life or image and reputation the President ought to be most concerned about, knowing perfectly well that the last wish the critic ever had for Ghana’s former Attorney-General and Foreign Affairs Minister, was the latter’s auspicious accession to the Presidency.