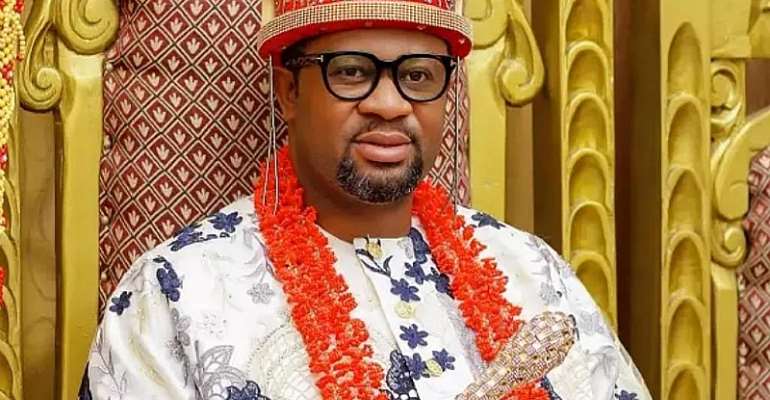 The Igbo King of the Nigerian Community in Ghana, His Royal Majesty Chukwudi Jude Ihenetu has expressed disappointment at the negative media tags on Nigerians in Ghana.

According to him, Nigerians are finding it difficult to blend with their Ghanaian counterparts due to the negative discernment following the recent kidnappings in the country.

His Royal Majesty Chukwudi Jude Ihenetu added that he has made several efforts to meet with Samuel Udotek Willis , the prime suspect at the centre of the Takoradi kidnapped girls.

“We can deal with him. We have realized that he has misled the police on several occasions on the location of the girls but to no avail. Just show us this idiot, we will handle him,” he stated.

The Igbo King of the Nigerian Community in Ghana disclosed that they will assist the Ghana Police in rescuing the missing Takoradi girls.

Since last year August, three young girls living in the Takoradi metropolis in the Western Region went missing. This got media attention where efforts were been made to find the girls but to no avail.

Few months later, the Prime suspect, Samuel Udotek Willis was arrested and arranged before court. Months passed and he(suspect) has not been able to disclose to the Police the whereabouts of the girls.

His Royal Majesty Chukwudi Jude Ihenetu emphasized that Nigerians are a respecter of the laws of Ghana and pleaded to Ghanaians to fraternize with them.

He however disclosed that whenever there are crimes committed in other countries and arrests are made, some nationals are called upon to confirm if indeed the arrested are criminals but in these instances, they were not granted this opportunity.

Salary For Assemblymembers Possible, I'll Cut Down The Size ...
10 minutes ago

Akufo-Addo Is Undermining Ghana’s Peace, Freedom With Fear, ...
10 minutes ago