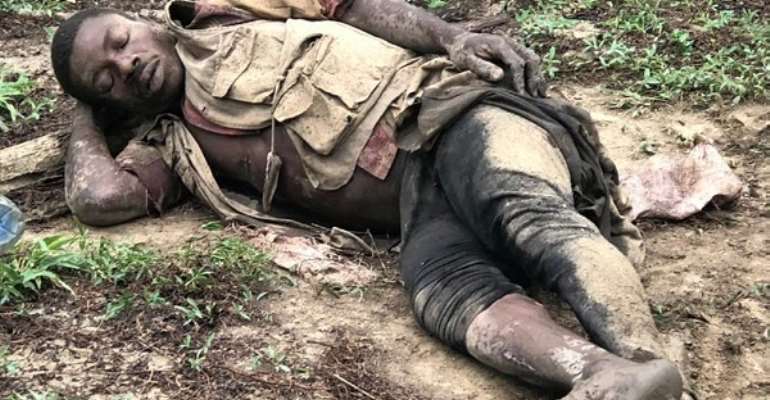 Police in Damongo in the Savannah Region have began investigations into the circumstances that led to the shooting of an elephant by a suspected poacher at the Mole National Park.

Seidu Yakubu, aka Chigoo, a resident of Larabanga, was rushed to the hospital by the Damongo police after he was allegedly attacked by an elephant inside the game reserve.

Information gathered indicates that Chigoo, the suspected poacher, shot the elephant at close range and in the process the animal attacked him by trampling on him and breaking his waist as a result.

DAILY GUIDE gathered that two other hunters who were in the company of Chigoo fled the scene after the attack by the elephant and reported the incident to the assemblyman of the area who also passed the information to the management of the park and the Damongo police, who rushed to the scene to rescue him.

This is not the first time Chigoo has had a brush with the law regarding his treatment of animals in the park.

He was arrested and jailed seven years in 2009 for killing an antelope at the Mole Park and was released about three years ago.

He is believed to be a notorious hunter who has killed about five elephants already.

The manager of the Mole Park, Umar Farouk, told DAILY GUIDE that after the poacher was rescued, he claimed it was a buffalo he shot and it attacked him but they doubted his claim because he’s a known elephant hunter in the area.

According to him, the poacher is currently receiving treatment at the hospital and the police have taken over the case.

Doctors threaten strike from October 1 over arrears
45 minutes ago