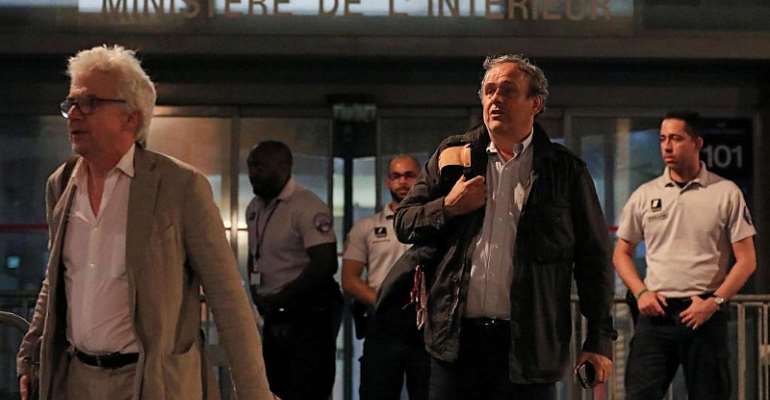 Platini was arrested on Tuesday morning as part of a French investigation into possible corruption in awarding the 2022 edition of football's top event to Qatar.

Upon his release, the former UEFA head said he had expected to be questioned only as a witness.

“I arrived and was immediately taken into custody,” Platini told reporters, adding he was saddened at the arrest after “everything I've done” for the sport.

“It hurts, it hurts. But after all, they did their job and then we tried to answer all the questions.”

'A lot of noise for nothing'
Platini said investigators asked him about a number of tournaments that he, as UEFA president and FIFA vice-president, played a hand in awarding, including the 2016 European Championship and the World Cups in Russia in 2018 and in Qatar in 2022.

Platini's lawyer William Bourdon said his client had been questioned on “technical grounds” and that the arrest was “a lot of noise for nothing.

“We do not believe in any way that Michel Platini can be considered as a suspect for anything, either yesterday or today or tomorrow,” Bourdon told reporters. “So for us, this affair is over.”

Sports advisor Sophie Dion was detained but released without charge. Former presidential chief of staff Claude Guéant was questioned as a free witness.

French financial investigators looking into possible corruption, conspiracy and influence peddling among French political and sport authorities behind the 2 December 2010 decision to award the 2022 tournament to Qatar.

Platini denies the meeting influenced his support for the Qatari bid.