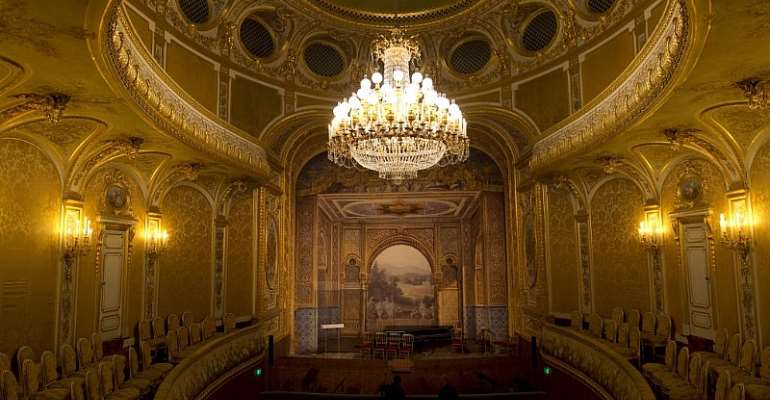 A theatre that sat unused for 150 years at Fontainebleau has been restored to its original glory with a 10-million-euro donation from the United Arab Emirates.

"While it had been forgotten, the theatre was in an almost perfect state," said Fontainebleau Chateau head Jean-Francois Hebert.

With 1500 rooms, the Chateau de Fontainbleu it is one of the biggest castles in France, and the most furnished in Europe. It was inhabited continously by 34 French kings and queens over nearly eight centuries.

It was used ony a dozen times before it was abandoned in 1870 after the fall of Napoleon III and the creation of France's Third Republic.

The theatre is  "probably the last in Europe to have kept almost all its original machinery, lighting and décor," according to a statement from the

Patron of arts
United Arab Emirates ruler and Abu Dhabi President Sheikh Khalifa saw the abandoned theatre during a state visit in 2007 and offered 10 million euros on the spot for its restoration.

The project, which  took 12 years to complete, is another example of French-UAE cooperation.  The Louvre Abu Dhabi was opened by Crown Prince Mohammed bin Zayed and President Emmanuel Macron in 2017.

UAE-French relations were in the news recently after the French government released a report noting that UAE, allied with Saudi Arabia in the war in Yemen, is one of the biggest French arms buyers.

The theatre, renamed the Sheikh Khalifa bin Zayed Al-Nahyan Theatre is expected to open shortly. Some 80 percent of the original material in the theatre has been preserved.

However, while restored to its original glory, including the three metres high and 2.5 metres wide central chandelier, the theatre will more likely be part of the Fontainebleau Chateau tour and not a place for regular concerts.

"The aim is not to give the theatre back to its first vocation" given its "very fragile structure", said Hebert.