BOST Staff Get Conditions Of Service After 12years Of Feud 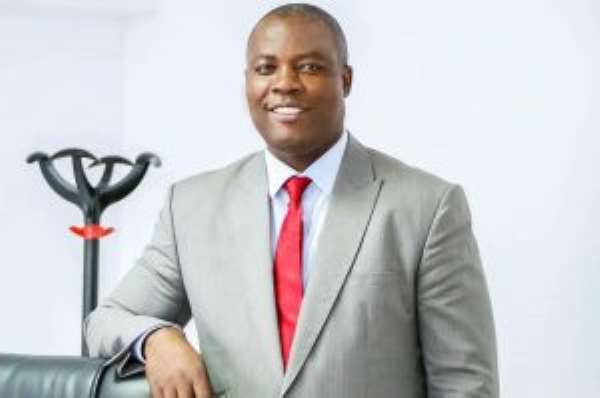 Management of the Bulk Oil Storage and Transportation (BOST) Company Limited has put smiles on the faces its staff by signing into law a collective bargaining agreement between the company and the union after 12 years of unsuccessful attempts.

Staff of Bulk Oil Storage and Transportation Company limited have been crying for improved conditions of service for over 12 years now but the agitations of the workers came to an end on Tuesday, June 18, 2019, when the Board of BOST and the union reached an agreement which has been codified into a binding legal document that will stand the test of time for the next two years before a review.

The Board Chairman of BOST, Mr. Ekow Hackman in an interview commended the staff for their loyalty to the company and entreated them not to shy away from making known their concerns to the Board when necessary.

He stressed that “no company is worth dying for if workers' rights are not protected and promoted.”

Mr. Ekow Hackman further promised the union of BOST that workers' rights will be protected at the Board level as long as he remains the Board Chairman of BOST.

Mr. Ekow Hackman again urged the leadership of the Union of BOST to ensure that they hold the highest work ethics that will inure to the benefit of the company as they have done all these years.

The Managing Director of BOST, Mr. George Mensah Okley who enjoys widespread support among his workers, particularly the Union was excited that at long last, the collective bargaining agreement between BOST and that of the Union has been codified into a binding legal document.

He reiterated his extreme happiness that “for the first time in 12 years, there is now a staff welfare contract between BOST and its workers.”

“Even though this document has been signed which is binding for the next two years, I will be happy to review it in the course of two years if the need arises,” he assured the Union.

Meanwhile, it is believed that the collective bargaining agreement which has been signed between BOST and its workers is subject for review every two years.

The Bulk Oil Storage and Transportation Company Limited (BOST) which was incorporated in December 1993 as a private limited liability company with the Government of Ghana as the sole shareholder, the workers suffered over 12 years without conditions of service.

Until May 2001, BOST was responsible for the distribution of refined petroleum products from its strategic depots located throughout the country.

The NGTU as per EC Act 541, 1997, will provide transmission and interconnection services for natural gas without discrimination throughout the country.