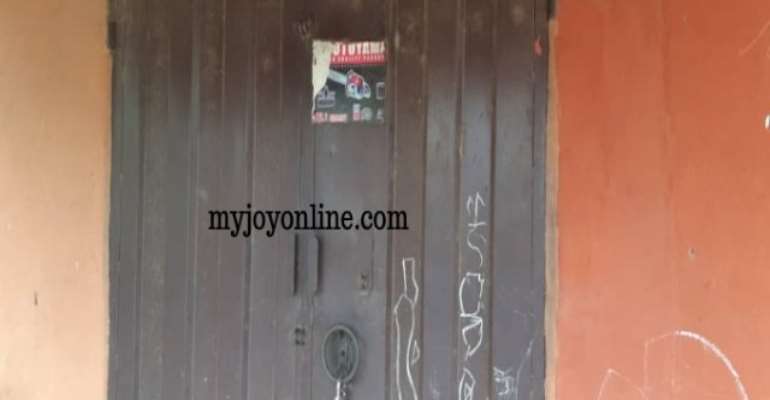 One of the locked shops

Some of the Nigerian traders were seen removing items from their shops and locking them up. Ashanti regional police PRO, ASP Godwin Ahianyo, in an interview on Joy FM’s Top Story said the Command received complaints of abuse from the Nigerian traders and had begun investigations into it before Tuesday’s incident.

He said although they have been informed about the claims made by the Ghanaian traders against their Nigerian counterparts, their actions will not be condoned.

“As a Command, we told them that there is an institution in charge of those and if they have any concerns, they must channel it to the appropriate quarters.

“The Commander indicated to them that anyone who tries to take the law into their own hands will be dealt with in accordance with the law – regardless of nationality.”

ASP Ahianyo said the police will remain in the area until tempers cool, in order to protect lives and properties.

Meanwhile, both Majority and Minority members of the Foreign Affairs Committee in Parliament, have cautioned Ghanaians against what they described as stereotyping their Nigerian counterparts.

Chairman of the Committee, Frank Annoh-Dompreh said the development was unfortunate and could mar the relationship between both countries.

“We have a certain checkered history between the two countries and we don’t want to dread a repeat. We are appealing to our brothers to live together in harmony,” he said.