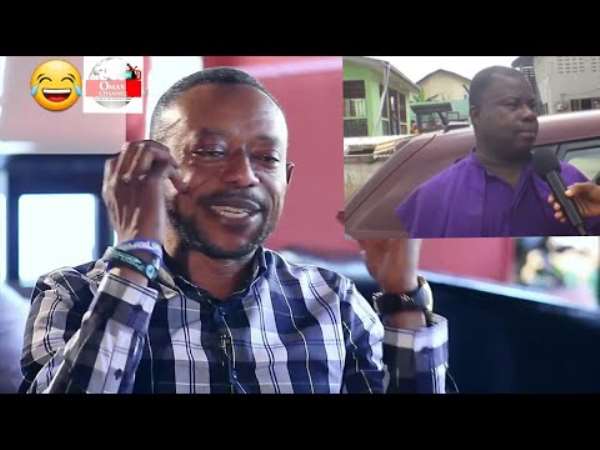 Two self-acclaimed spiritual prophets affiliated to the ruling New Patriotic Party (NPP) have crossfire on each other over whose spiritual supremacy had secured election victory in 2016 for President Akufo-Addo and his party.

Leader of the church of Rabbi, Prophet Kwabena Tawiah, in a video making rounds on social media claimed the NPP 2016 victory came through his superior prophetic declaration.

He claimed that through his prayers couple with several anointing waters, soaps and creams given to the then Presidential candidate Akufo-Addo led to the defeat of the National Democratic Congress ( NDC) in the 2016 General elections.

Pastor Tawiah who sound very disappointed on grounds that he has been sidelined and forgotten after his spiritual toil to bring NPP to power, vowed to cause the ruling party to a historic defeat in 2020 if nothing is done immediately to appease him and his spiritual gods.

In the said video which went viral, the self-acclaimed prophet is heard stating that, if the NPP remained adamant on his concerns, the worse would befall on the party including President Akufo-Addo going into incurable sickness.

He further threatened to reverse everything that made the NPP obtain an alleged one million votes in 2016 and make the party lose massively in the 2020 general elections, with lowest number of Members of Parliament in the history of the Fourth Republic.

But reacting to Pastor Tawiah's spiritual claims on Okay FM Monday, June 17 monitored by Modernghana, Rev. Isaac Owusu Bempah, General Overseer of the Glorious Word Power, another self-acclaimed debunked Pastor Tawiah claims and stated that the 2016 NPP victory was not from one person.

According to Owusu Bempah, the spiritual victory of the NPP was carried out by a number of Pastors and Prophets who believed in Akufo-Addo and intervened for his elections victory.

He mentioned Head pastor of House of Power Ministries Prophet Francis Kwarteng among others as the top prophetic pastors that contributed spiritually to the victory of the NPP in 2016 and not a single person.

Owusu Bempah said, beside the spiritual works, members of the NPP also work hard leading to the party overwhelming victory and wondered why a single man of God could secure them such a landslide victory.

While admitting Pastor Tawiah contributing was not in doubts, the controversial pastor Owusu Bempa believed many pastors spiritual contribution has brought NPP to power.

Asked if he (Bempah) has gained anything from the NPP after securing the election victory in 2016, Owusu Bempa said, he has never benefitted anything despite the fact that he is a known close friend to the President.

He urged Ghanaians to discard Pastor Tawiah threats, stating that, God does not work in that way, and vowed to protect the President from any spiritual sickness as threatened by the Leader of Church of Rabbi.