Own Up To Your Sinking Image—Suhuyini Jabs Bawumia 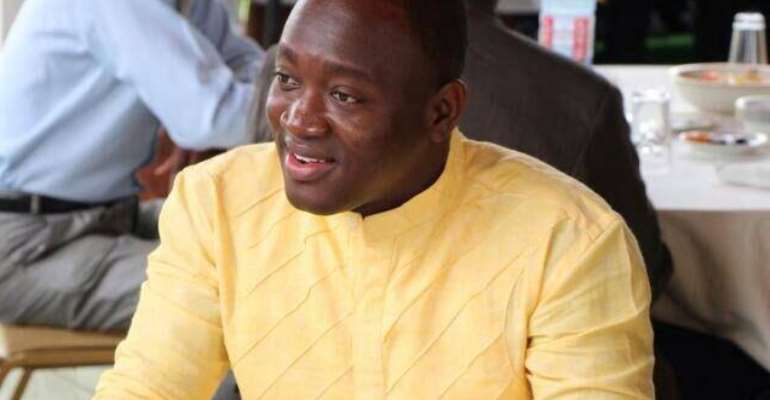 Alhassan Suhuyini Sayibu, Member of Parliament (MP) Tamale North, has advised Vice President, Dr Mahamudu Bawumia to do serious retrospection of his political career and try to save the last credibility left of his sinking image Ghana's body politics even if there is any at all.

Subuyini comments followed a swift denial by spokesperson of Dr Bawumia, Dr Gideon Boako that, his Boss, then-running mate to the then-presidential candidate of the then-opposition New Patriotic Party promised Ghanaians that, Ghana would not borrow under Akufo-Addo government.

Dr Boako in a statement of Defence on Monday June 17, claimed that the Tamale lawmaker fabricated Bawumia's suppose tweet in 2016 and challenged that he provide evidence or otherwise apologize to the Vice President.

But in response to Dr Boako statement on his Facebook wall on Tuesday, June 18, sifted by Modernghana, Suhuyini said, he was shocked of the denial of the Vice President Spokesperson and that it would have been better he admit and explain why the current government engaged in borrowing as against their own.

According to him, his initial response was to chuckle and expressed his view that the Vice-President is simply shamelessly dishonest which is rapidly tarnishing the revered office of Vice-President.

RE: Alhassan Suhuyini Fabricated Bawumia’s Supposed Tweet on No Borrowing by NPP

My attention is drawn to a statement with the above headline signed by the spokesperson of the Vice-President, Dr Gideon Boako.

My initial response was to chuckle and say our Vice-President is shamelessly dishonest indeed and is rapidly dishonouring the revered office of Vice-President.

I’m surprised that the Vice-President will attempt to rescue his sinking image with a dishonourable denial of what is known by many and was one of the bases upon which they admired him and may have hoped that as Veep, he will be Ghana’s economic messiah, which for decades have remained vulnerable and unstable.

I wish to bring to his notice that his promise to harness Ghana’s rich resources for its development, based on his knowledge of Ghana’s worth as a former deputy Governor of the Bank of Ghana without borrowing and his latest denials are not the only falsehoods the good people of Ghana associate with his name.

1. The people of Ghana still recall with embarrassment when in October 2016 at the trade fair he promised that if elected “after the first two years, no village or community will have a water or toilet problem”. In case he’s lost track of time, it’s been two (2) years, six months since his party was elected and he became Vice President of Ghana.

2. The people of Bunkurugu and all 274 constituencies in the country also still recall his unredeemable promise of “a new economic model that will make available to them from 2017, 40bn Old Cedis, an equivalent of 1million dollars every year without fail for their development”.

3. We also still recall his pledge in 2017 as Vice President to ensure every Ghanaian own a Bank Account in 2018. With his experience in banking, I thought he will know MTN is a Mobile Telecommunications Company and not a Bank and so he wouldn’t have used the explosion in the use of mobile money accounts, which by the way began before he was Vice President and is not even owned by every Ghanaian yet, to hide the shame his never-ending dishonesty continues to bring him and the respectable office of Vice President.

5. We have not also forgotten the falsehood peddled by him and media promoters in January 2017, when upon assuming office, they alarmingly suggested that Ghc 7bn was missing from the state coffers.

6. We will also not forget how in 2016, Imani Ghana in its “Imani Alert: Bawumia Speech: Separating Partisan Politics from Public Policy” exposed falsehoods he peddled including a claim that 66% of Ghana’s debt was accumulated by the NDC in the course of 3.5yrs. Nobody including Franklin Cudjoe’s Imani Ghana understood how the NDC could have borrowed $39m if the total debt stock stood at $26bn.

7. What should have also been beneath your stature was how it seems your outfit paid up online news portals to twist events as they happened on a program that was live on Joy News TV Channel on which I made reference to the very well-known dishonest promise. Mr Kweku Baako and other panellists including the host never did what your statement and sponsored publications attributed to them on the show. At best Mr Kweku Baako only lamely expressed his doubts about the validity of the tweet I referenced.

It is not delightful to say a whole Vice-President is shamelessly dishonest but since he made the argument that if it’s true it’s not slander and it’s not an insult, which was largely accepted, in defence of his repeated use of incompetence to describe the performance of a sitting president. One is left with little choice than to say he’s truly consistently been shamelessly dishonest and so his latest denial that he never said his government will harness our nation’s resources and will not need to borrow for development does not surprise anyone.