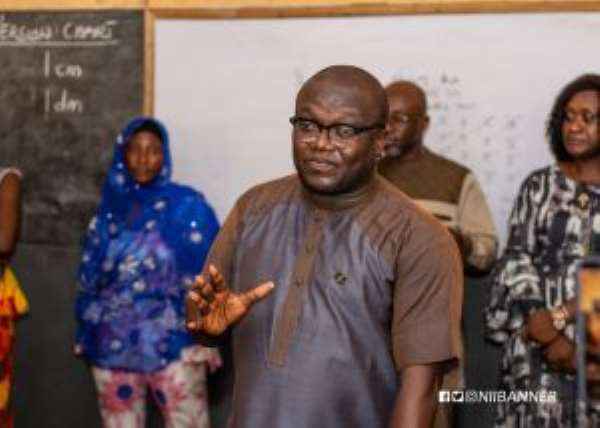 Chairman of the Pre-mix ­Fuel Committee, Nii Lante Bannerman, has rubbished claims by some fishermen that despite the close season, they still are catching plastics.

Mr. Bannerman argued in a Citi News interview that the claims are attempts to politicise the impact of the closed season.

“We have reduced everything in this our country to politics. I am telling you that people intentionally collect the rubbish, put the rubbish into their canoes and show it as what they caught [when they went for fishing],” he said.

Mr. Bannerman insisted that a trip to the seashore in the morning will reveal fishermen with legitimate catches.

“These people just wanted to create this issue out there and I am surprised some people are reducing this whole thing to politics.”

Some fisherfolk at Jamestown in the Greater Accra Region said they were getting reduced harvests, which they blamed on the closed season.

The government this year banned fishing for one month from May to June as part of measures to regenerate the country's depleted fish stock.

But the fishermen claimed that since the end of the ban, they only catch plastics in addition to small amounts of fish.

They have also decried the worsening plastic pollution which is threatening their activities at sea.

The fishermen told Citi News that the volume of plastic waste in the sea is contributing to the dwindling fish stock in the country.

But there has been some positive news after the closed season in places like Ngyerisia fishing bay near Sekondi where fishermen say they have been impressed with their catches since the reopening of the fishing season.

The Ministry of Fisheries and Aquaculture Development also insisted that the exercise has been successful.

The sector minister, Naa Afoley Quaye, said her outfit has only received positive feedback from fisherfolk since the season was re-opened on June 15.

While speaking at this years' TALKPLAST conference on plastic waste and marine litter, she said “This year has been very successful. We have observed a very successful closed season and the media can attest to it… I have had a lot of calls from fishermen who would have even wished to have not a one month but two months closed season.”

Your MMDCE list plagued by inequalities entrenched in the du...
26 minutes ago

Chereponi: 12 arrested after vandalising properties over nom...
51 minutes ago