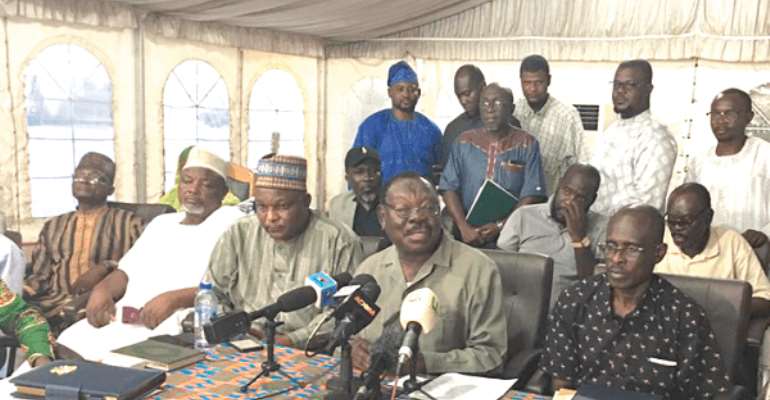 MAs preparations for Hajj 2019 enters its last stage, Independent Hajj Reporters, a civil society organisations that monitors and reports on Hajj/Umrah activities is calling on the National Hajj Commission (NAHCON) and State Muslim Pilgrims Welfare Board to holistically review the process of appointing hajj officials with a view to making it contractual, in order to consolidate the gains of successes recorded in previous years.

IHR in a statement said " the roles, responsibilities, conditions, rights and privileges of hajj officials must be properly defined and legally coded to avoid the regrettable abdication of responsibilities by some state Muslim Pilgrims Boards or NAHCON appointed hajj officials as witnessed in previous hajj exercise.

The statement, signed by the National Coordinator of IHR, Ibrahim Mohammed said Nigeria cannot afford to drift backwards in Hajj operations having attained greater heights of moving from uncategorized category to top 5 hajj management bodies in the world.

“The roles of ad-hoc operational staff during Hajj are very crucial to the welfare of our dear pilgrims. These responsibilities become more pronounced due to the fact that Hajj officials are sponsored by the government with the sole aim of assisting, guiding and providing help under the directives of hajj administrators.

”Likewise, pilgrim’s enlightenment needs to be broadened to encompass the number of services pilgrims are entitled to, operational guidelines of Hajj activities in Saudi Arabia and consequences of thuggish behaviour in the holy land”.

”For example, during 2009 Hajj, Senator Mahmud Kanti Bello. who was appointed by the late President Umaru Musa Yar’adua as leader of the federal government delegation to that year's hajj, insisted that under no circumstance should pilgrims’ luggage exceed 40kg in the case of the main bag and 10kg for the handbag - being the officially approved kilogram for each pilgrims.

“For his insistence that pilgrims must comply with the rules and regulations, Pilgrims from some states rained insults on him and even pelted the Senator at pilgrims weighing centre in Makka. Many believe that lack of proper awareness on the categorization of the services and what pilgrims are actually entitled to might have led to that embarrassment.”

Again, during 2016 Hajj, some Katsina state pilgrims protested when officials of Max Air insisted on screening their 32Kg bag – being the officially approved kilograms of for each pilgrim’s luggage.

According to one of the pilgrims, they are against screening because they alleged that Max Air officials had earlier promised to convey their 32kg Bag luggage irrespective of whatever is packed inside the big bags. They even alleged that the promise was made in a radio program in Katsina prior to the commencement of pilgrims airlift.

In the above scenario, the pilgrims were not aware that they are only entitled to 32kg bags and that whatever was promised by airliners outside the 32kg is a privilege and not a right.

”While we appreciate the commission’s efforts towards invoking appropriate penalties on hajj service providers and it's the on-spot correctional measures, it must be stated that pilgrims want to be served satisfactorily, commensurate to what they paid for. Appraisal or after events issues can hardly replace being served as at when due and at the right proportion”.