Cease The Negative Reportages On Nigerians—Parliament To Media 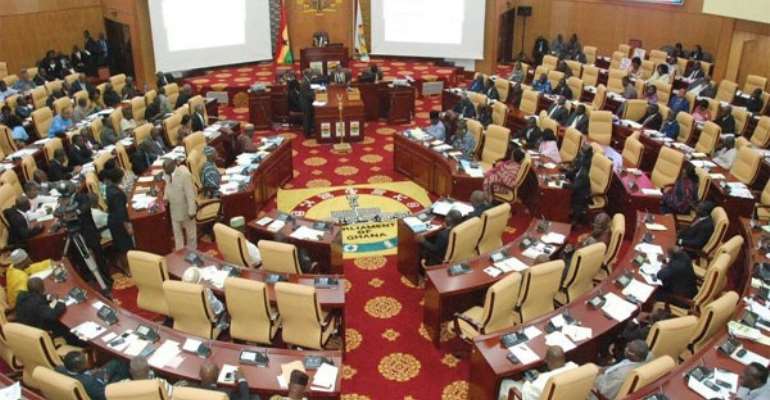 Parliamentary Select Committee on Foreign Affairs of Ghana, has called on Ghanaian media to put an end to reportages that have the tendency of triggering xenophobic attacks on Nigerians in the country.

According to the committee, the recent media reportages in the media on Nigerians was not platable as the two nations have become more friendly than any neighboring Anglophone countries.

Chairman of Foreign Affairs Committee, Frank Annor-Dompreh and his colleague Ranking member Samuel Okudzeto Ablakwa made the call at a press conference in Parliament Tuesday June 18.

The Parliament committee call was triggered by complains in press statement supposedly issued by the Nigeria High Commission in Ghana.

The High Commission complained some bad media reportage has caused some public disaffection towards Nigerians tagging them as bad people because of the few who have been arrested for crimes.

Nevertheless, the Ghanaian lawmaking committee believed such headlines if not ceased could jeopardize the good relations between the two nations.

Mr Annor Dompreh MP for Nsawam Adoagyiri advised that Ghanaians, especially the media and youth should be moderate in how they describe Nigerians in the country as criminals.

He said citizens have the right to complain however, it must be done with caution so as not to affect all Nigerians in the country who are not criminals.

The Foreign Affairs Committee Chairman further cautioned that the two nations have a history that must be avoided where citizens of the two nation were extradited over reprisal attacks.

He said the Foreign Affairs Committee visited Nigeria and research revealed that there are over 2million Ghanaians living in Nigeria doing their businesses daily without any form of attacks yet some are also caught up in law for engaging in crime.

He further expressed the need for the issue to be tackled in diplomatic ways while ensuring that Nigerians who found themselves on the wrong side of the laws must be reported to the security agencies rather than attacking and burning their properties.

On his part, the Ranking member and MP for North Tongu, Samuel Okudzeto Ablakwa, said, the issue must not be politicized but be given a very holistic approach adding that, if it affects all Nigerians in Ghana it would also affect Ghanaians living in Nigeria.

The North Tongu MP cited the 1983 incidents where Ghanaians living in Nigeria were deported to Ghana which did not speak well of the two nations history despite the strong relations however, through strong ties, both nation have become lovers.

Mr Ablakwa revealed that the Nigeria High Commissioner has been invited by the Parliament Committee on Foreign Affairs to see how best the issues could be resolved.

He further cautioned the media to be circumspect in their report such that both nationals can continue to enjoy the peace we've sustained for years, adding, "let's treat crime as individual and not all."