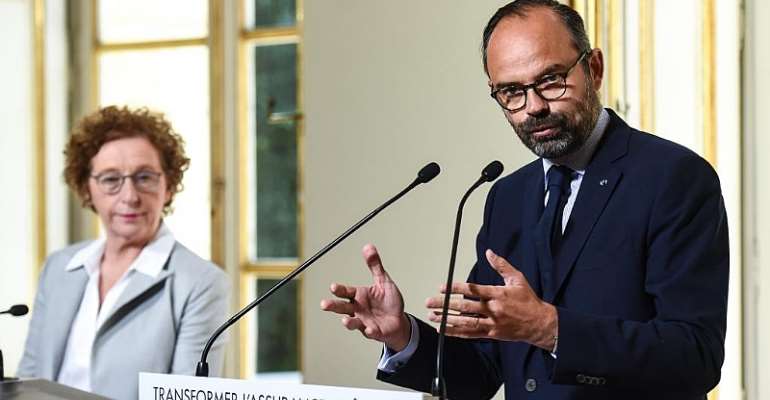 Earlier today, the French prime minister Edouard Philippe relaunched the government's reform of unemployment benefit. Last winter an earlier attempt to change the rules ended in tears when the bosses and the trade unions fell out over key elements.

Le Monde's main headline at lunchtime gives prominence to the financial implications of the new rules: “Government looks for major savings” we are told.

The Le Monde article praises the courage of the Macron-Philippe tandem, saying they have refused to flinch in presenting measures which should save 3.4 billion euros between now and the end of 2021.

The problem is that those savings are mostly going to be made by changing the rules of access to the benefit system, and the length of time you can continue to draw the dole. The unions won't like that.

Which doesn't mean the bosses will be chortling over their port and cigars.

As part of the government's drive towards greater “social justice”, and in an effort to end the uncertainty associated with short-term employment, companies which use too many casual staff are going to find themselves penalised.

This is particularly important in certain sectors, like food processing and restaurants, where one third of the 2.4 million employees find themselves regularly sacked and re-engaged.

Concrete changes and what they mean
As things stand, you qualify for unemployment benefit if you have worked for at least four of the last 28 months. Under the new rules, you will have to have worked six months in the last 24, a situation which the French labour minister insists is generous by comparison with most of the European neighbours.

The other bad news for those currently out of work is that the better off among them will see their dole payments reduced by 30 percent at the end of the seventh month. But they'll never get less than 2260 euros from the government, which sounds less bad. The labour ministry says only 10 percent of the best-paid are likely to be affected.

The new regulations are also intended to ensure that no one can actually earn more on the dole than they would if they were working, a situation which pertains for 20 percent of those currently out of work.

The trade unions have already stepped into the ring, with the on-line edition of the business paper Les Echos telling us that they are angry about a reform which they consider “unfair”.

The bosses think the bits which concern them are, at best, “inefficient” and likely to discourage the taking on of more employees.

The CFDT union says it is stunned, describing the proposals as a 100 percent lose-lose situation for anyone who is looking for work.

These measures contain neither social justice nor humanity, says union leader Laurent Berger, probably referring to President Macron's promise last week in a speech to the World Labour Organisation that he will rule with more sense, more sharing and more humanity.