Severe drought pushes Namibia to auction off some of its wildlife 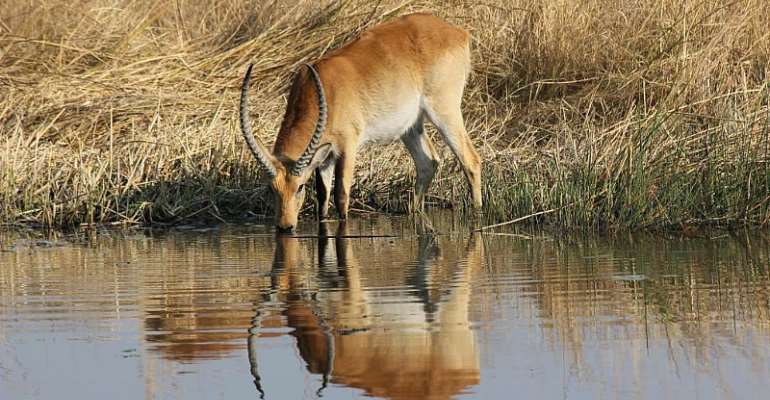 Namibia will auction one thousand of its wild animals because  a severe drought is threatening their lives. The government hopes to raise one million euros to fund wildlife conservation.

President Hage Geingob declared the drought a national disaster for Nambia in May.  To protect its wildlife from starvation, the government authorised the sale through an international auction of 1,000 wild animals.

Namibia has successfully managed to grow its wildlife population in recent years, but this severe drought is putting immense pressure on it.

The Ministry of Agriculture reported this April that 63,700 animals died in 2018 due to severe weather conditions.

“The grazing vegetation is affected and there is little water for the animals to drink. We fear that if we [don't sell them and] and keep the animals as they are, they will die,” explains Romeo Muyunda, the spokesperson of the Ministry of Environment and Tourism.

But it is not only the animals which are at risk. Wildlife is a cornerstone of Namibia's tourism and provides employment for a number of Namibians.

The proceeds will be invested into the Game Products Trust Fund which manages income derived from trophy hunting, donors funds and wildlife auctions.

“Right now, we need to restore our water infrastructure and build more for the remaining game,” Muyunda said. “We also need to rehabilitate our fences as some animals are breaking out [of the parks] in search of grazing and water. And as they break out, they create conflict with people.”

The auction will be organised by Namibia's Ministry of Environment through its Wildlife and National Parks directorate.

The auction will be similar to  other 'silent' events without an auctioneer running the show. Adverts for the animals on sale are available online and in Namibian newspapers. People are asked to place their bids in sealed envelopes adressed to the Executive Director of Namibia's Ministry of Environment and Tourism.

Other measures undertaken by the Environment ministry include moving some of the wild animals from the most affected parks to the ones with sufficient grazing and water.

Muyunda said that the rural communities who depend on subsistence farming have been unable, given the current conditions, to harvest enough food for their families.

“As a last resort, we are giving drought relief,” says Muyunda. “We want to do a culling process to support the most affected people and donate meat.”