The Fragility of Democracy: Hong Kong, China and the Extradition Bill 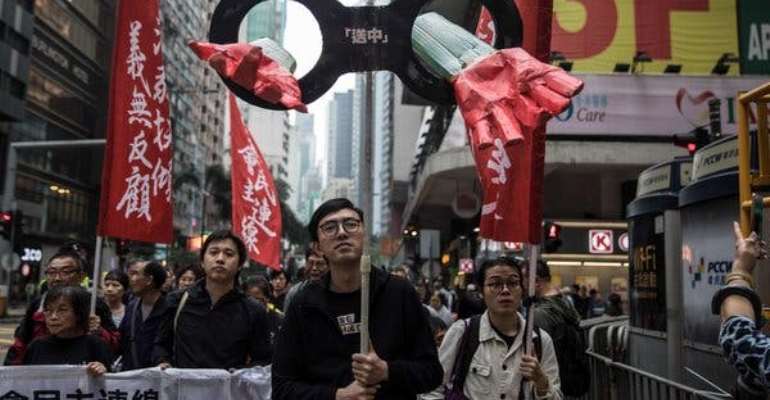 It has been a history of turns and the occasional betrayal, but Hong Kong’s experiment with democracy, incubated within the Special Administrative Region, was always going to be contingent on some level. Its colonial past is a poke, a reminder of British bullying, the corruptions of opium and a time when Qing China was torn and a compulsive signer of unequal treaties. The 99-year lease over the New Territories, along with some 235 islands arose from the second Convention of Peking, signed on June 9, 1898 by Li Hung-chang under the official gaze of British interests. It was never recognised either by the Nationalist government of Chiang Kai-shek nor Mao Zedong’s victorious communists.

In 1993, former UK Prime Minister Margaret Thatcher revealed how China’s reformist Deng Xiaoping had been more than forthcoming about threats regarding Hong Kong in their September 1982 meeting in the Great Hall of the People. In The Downing Street Years, Thatcher recalls how an “obdurate” Deng “said that the Chinese could walk in and take Hong Kong back later today if they wanted to.”

Thatcher’s retort was one of admission and promise: the British would not be able to stop them but “this would bring about Hong Kong’s collapse. The world would then see what followed a change from British to Chinese rule.” Deng, despite this threatening account from Thatcher, was happy to entertain an idea that would become the basis of arrangements after 1997, namely, the principle of one country, two systems. The official Chinese account of the meeting is naturally more tepid, with Deng merely suggesting that Beijing might “reconsider the timing and manner of the takeover” should the road leading to the takeover prove rocky.

Thatcher never quite understood the reality that Hong Kong’s continued existence under British rule till the handover date was very much, as the veteran journalist Murray Sayle noted , a case of approval from Beijing precisely because it was in its interests. Mainland China and Hong Kong were entwined in a way the mainland and Taiwan were not.

The subsequent Joint Declaration in 1984 between the PRC and Britain came with the proviso that China’s takeover of Hong Kong in 1997 would abide by certain conditions, including the retention of certain democratic structures and an independent judiciary. The expiry of those arrangements is set for 2047.

Hong Kong’s fragile independence has had prodding reminders from Beijing’s ever suspicious functionaries. In 2015, Chinese security agents whisked off five men involved with the Causeway Bay Books store. Its name had been made on the sales of books describing the risqué private lives of Communist Party officials.

Each of the abductees duly appeared on Chinese television to confess to a range of crimes, the usual potpourri of violations expected from a repressive apparatus. A statement had been made, though the owner and manager of Causeway Bay Books, Lam Wing-kee, continues to play the game of smuggling everything from smut to history, hoping that officials on the mainland will be able to turn a blind eye when needed. And a large eye it has to be, given the range of items deemed contraband by the Communist Party’s Central Leading Group for Propaganda and Ideology.

None of this is to say that mass protest has not had its gains, though suggesting that Hong Kong has a history of obstreperous civil dissent is pushing it a bit far. The attempt to implement a national security law in 2003 by then Chief Executive Tung Chee-hwa promising life sentences for treason, secession, subversion and sedition resulted in its indefinite suspension after half-a-million protesters turned out to vent their anger. This was despite the troubling existence of Article 23 in Hong Kong’s Basic Law which expressly authorises the Special Administrative Region to pass laws prohibiting treason, secession, sedition and subversion. Subsequent Chief Executives Donald Tsang Yam-kuen and Leung Chung-ying had little stomach to push through legislation under the section. Carrie Lam Cheng Yuet-ngor is biding her time, waiting for a “suitable climate”.

The latest round of mass protests have suggested that the climate in question is some way off in forming, though it is fearful of the authoritarian winds coming from President Xi’s mainland. Xi’s speech on his 2017 visit for Lam’s swearing in was prickly and threatening: “Any attempt to endanger China’s sovereignty and security, challenge the power of the central government… or use Hong Kong to carry out infiltration and sabotage activities against the mainland is an act that crosses the red line and is absolutely impermissible.”

The current crop of protests have a fundamental object: taking the Extradition Bill off the books. The bill, should it become law, would see local and foreign criminal suspects make their way into the labyrinth of mainland justice, puncturing the one nation, two systems principle. The protesters, numbering some 2 million over the weekend, did witness the unusual spectacle of Chief Executive Lam issuing an apology , though the bill remains suspended. Nothing less than her resignation is demanded, though she retains the backing of the power that counts.

The democratic movement in Hong Kong has, in short, been one of fits and starts, often discouraged, an erratic example of changing attitudes both in Britain and the PRC. British officials have not always been allies to the democratic cause, preferring to smother it at points before the liberal incarnation encouraged by the last governor, Christopher Patten. Even then, Hong Kong still had more in common with the governing commercial structure of the Italian city state of Venice than Westminster. Mainland China, taking a view to the horizon, continues to gnaw and nibble at existing protections, as is to be expected.

Thatcher’s prognostication that China could not continue to reap “the benefits of a liberal economic system […] without a liberal political system” proved, like certain assessments by the Iron Lady, off the mark, if not off the park. This leaves the protesters with much to do. Beijing, in the meantime, simply waits, and those with elephantine memories will recall Thatcher’s tripping on the stairs leaving the Great Hall of the People in 1982. “Bobbling her handbag,” writes Paul Theroux of this episode in his pungent Letter from Hong Kong , “her pearls swinging, and with her arse in the air and her face flushed with fear, the prime minister of Great Britain appeared to be kowtowing to Mao in his nearby mausoleum.” Such is the cunning, if vulgar turn, of history.