The Culture Of Coarseness In Ghana 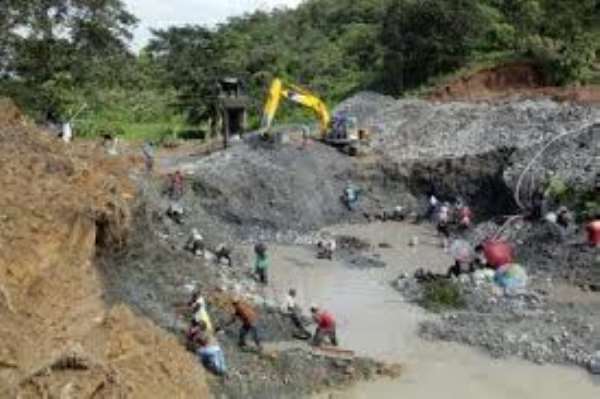 Most astute political observers would agree that it was the term, "Culture of silence" that paved the way for the emergence of our current democratic political dispensation.

The term was used, in its politically relevant context, by the Chairman of the ruling PNDC, Fl.-Lt. Jerry Rawlings, in a speech reported in the Daily Graphic on 6 April 1987, in which he decred the "subjugation" of junior personnel to the holders of senior appointments (in general) and the armed forces and the police service (in particular) that had reduced the juniors to silence.

This statement by Rawlings was seized upon by a fox of an intellectual, the late historian, Professor Kwadwo Adu Boahen, who enlarged it to apply to Ghanaian society in general. In his J B Danquah Memorial Lectures of 1988, Prof. Adu Boahen talked back to Rawlings fearlessly and told him that the existence of the "Culture of Silence" was to be attributed to the brutal manner in which the PNDC -- headed by no other person than Rawlings -- had been instilling fear into the Ghanaian public and forcing them to suppress their opinions on matters of national interest, in order not to be brutalized by the regime, if their opinions happened to be critical of the regime.

The logic of the situation could not be escaped and within five years of Prof. Adu Boahen's fearless "belling of the cat" (so to speak) political processes had been unleashed in Ghana that led inexorably to the adoption of constitutional rule. True, the beginnings were hesitant and by no means perfect, but once the journey had been embarked upon, there was no turning back. And, of course, today, no Ghanaian citizen, or indeed resident of Ghana, can complain that he or she has been robbed of his/her human rights.

But in political affairs, there can be no "benefits' without "costs", and the restoration of full democratic rights to the Ghanaian populace has met with what might be called "a coarsening" of the political and social landscape. In my view, if this coarsening is not condemned and uprooted, it will lead the nation to destruction.

Yes -- and this is why: it is now generally accepted that we in the tropics will be the principal sufferers if global warming or global heating continues progressing the way it has been going on. We on this part of Planet Earth will suffer prolonged droughts interspersed with unusually heavy floods. https://www.theguardian.com/science/2019/jun/14/africa-global-heating-more-droughts-and-flooding-threat

You see, global warming distorts the normal or "inherited" atmospheric phenomena, especially as regards seasons and weather. Its effects can therefore never be fully anticipated. Even if they are anticipated, very little can be done about them, because the countries it affects most are usually extremely poor, whereas combating natural disasters often need a lot of money.

Now, when a country is hit hard by the multifarious hazards created by global warming, it needs to UNITE to fight them, or else it will experience man-made complications that will make its people suffer all the more. If because of political or ethnic divisions, a section of the populace refuses to allow, say, a barrage to be built in an area identified by engineers as necessary to stop flooding, just imagine the social consequences. Or imagine people telling engineers: "We think that such and such a road should pass Point A and not Point B -- because of political considerations."

Far-fetched? I don't think so.

Where is the evidence? The evidence lies before our eyes today! Look at the way some Ghanaians do not seem to understand the need for uniting to try and defeat galamsey.

The main consequence of galamsey -- the deliberate ruination of rivers, streams, and water-courses -- constitutes a mammoth disaster which is an eloquent foreboding of what awaits us in the near future. Anyone who uses his or her common sense can see it. It is present in, for instance, the increasing dependence of our populace on purchased sachet water and water in plastic bottles. Just imagine that situation getting worse and worse as the years come by.

But what are we doing about galamsey? The Government's efforts are not succeeding, because they are being sabotaged by people who believe secretly -- but quite wrongly -- that because galamsey is a way of enabling some people to "earn a living", it should be allowed to go on.

However, these same people do not approve of kidnapping, although that crime also enables people "to earn a living"!

They do not approve of rape (although the clothing of rape victims can be sold by people who need to "earn a living".

Armed robbery, and even "white collar crimes" are condemned by these people, yet they condone the operation of galamseyers -- because they need to "earn a living"!

"Four Chinese illegal miners [were] arrested by Operation Vanguard personnel in Domina-Nkwanta in the Amenfi West District [of] the Western Region. The suspects, Zhun Yun Shen (31), Zhong Jun (30), Wei Xui Wu (29) and Liin Lital (26) together with two excavators that were found at the site, have been handed over to the Inter-Ministerial Committee on Illegal Mining (IMCIM)....Two pump-action rifles, a side-arm, [and] live cartridges [ammunition]... are currently being held in evidence, pending investigation....

"In other operations conducted over the past two weeks, Operation Vanguard's Forward Operating Bases [arrested] one other Chinese and six locals suspected of mining illegally. Four excavators [were] seized and six others immobilized. ... A total of 170 Changfang machines [imported from China] were also destroyed within the same period."(Source: GHANA NEWS AGENCY)

If we were united behind the GALAMSTOP operation launched by our Government in August last year, would these arrests have been continuing? Would they be necessary? Remember this?:

The Chinese Ambassador to Ghana, Mr. Shi Ting Wang, said [on 17 April 2019] that to end illegal mining activities in Ghana, Ghanaians must first stop aiding foreigners, especially Chinese, [who are] involved in galamsey. According to the Ambassador, although China's Government acknowledged that there were some Chinese nationals engaged in galamsey in Ghana, they were undoubtedly being assisted by Ghanaians to perpetuate the crime...

"Speaking at... the Confucius Institute, University of Cape Coast, the Ambassador pointed out that "We don't know where your gold is. We don't issue visas too for the Chinese people coming to Ghana. Ghanaians issue the visas. Ghanaians aid the Chinese to where they can find your gold. Why are Chinese not doing illegal gold mining in South Africa, where there is also a lot of gold? [It's] because they cannot do that there... The locals don't support such illegalities."

The Chinese envoy was not unaware that his country is co-operating with Ghana in many fields and that China has been lending Ghana a great deal of money to carry out projects important to Ghana. But unlike some Ghanaians who appear to have only straws in their heads, he does not think that just because our two countries are co-operating so well in economic matters, the nationals of one country should be allowed to destroy the water resources of the other. He's, in effect, told us what to do in order to prevent his own country's nationals from destroying our country!

In reality, it is the emergence in this country of a "coarse" and primitive manner of reasoning that makes some of us offer lame excuses for all manner of social ills that are plaguing us.

Look at this "we tolerate or even revere so-called prophets who use the pulpit to give pornographic lessons about how men should satisfy women! Yes -- from the pulpit, for God's sake! Other "prophets" advise their followers to carry all manner of crude sexual practices because such practices will enable the followers to become rich!

We look on unconcerned when the holders of important positions in our political parties make statements that could incite their followers to commit violent crimes.

We take delight in the misfortunes of fellow Ghanaians whom we consider to be our political enemies.

Such social and psychological shortcomings will make us incapable of meeting any challenges that Nature will be throwing at us in a more extreme form than now. Of course, I would like to be proved wrong. I would love to see Ghana back in its old position when we were considered to be among the most friendly and cultured people on earth, but also a people who had gumption and the courage to use it.

At the moment, when our children look at us, they can't see any of these things foreigners used to praise us for. Especially, when they see the misguided manner in which we are allowing galamsey to thrive -- even when foreigners tell us (in so many "diplomatically-couched words) that we are being very stupid in tolerating it.

We ought to wake up and unite! Otherwise, our children and their children will curse us.

It is a sorry message, I know! But I have no choice but to alert you to it, dear reader!

You disappointed Assin North MP, you abandoned him in court ...
42 minutes ago