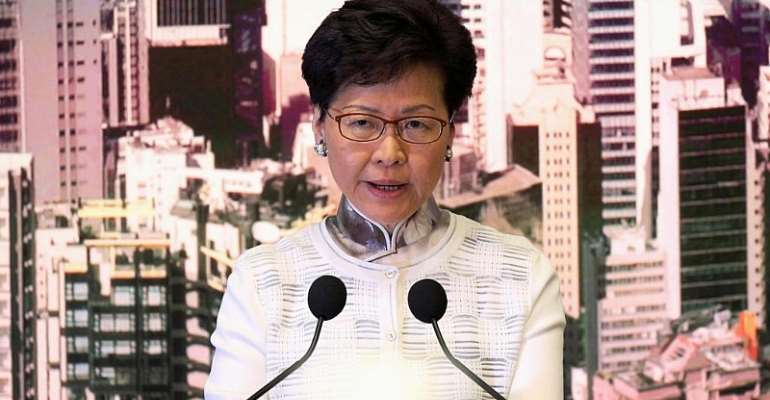 Hong Kong Chief Executive Carrie Lam apologized for the China extradition bill on Tuesday after nearly two million of Hong Kongers filled the streets on Sunday, bringing the ongoing protests to a head.

"In recognition of the anxiety and fears caused by the bill in the last few months, if we don't have confidence from the people we will not proceed with the legislative exercise again," Lam said.

While this hints that she will not bring up the bill during this session, she did not formally retract it. The controversial legislation would allow some suspects to be sent to mainland China for trial in front of Chinese courts, which some fear would lead to vague political charges, torture and biased trials.

Legal experts and citizens believe that this would weaken Hong Kong's legal autonomy, which is based on the laws of former colonial power Great Britain, while China is leaning towards a more authoritarian reading of the law.

Others feel that Hong Kong will lose its special autonomous status that was agreed to by China when it took over from Great Britain in 1997.

The protesters called for her to resign, but she refused to entertain the idea, instead calling for protesters to give her another chance.

"Work in the next three years will be difficult, but we will work to rebuild confidence in the ... government. We have a lot to do," said Lam.

Lam previously couched the legislation as necessary to uphold justice in order to prevent fugitives from seeking sanctuary in Hong Kong. The criminal suspect transfers would also include Taiwan and Macau.

Violent protests face prosecution
Lam characterized last Wednesday's protests as “rioting” after some one million people gathered outside government headquarters to oppose the extradition legislation. Police came out in force with rubber bullets, batons and tear gas to suppress protesters.

The police commissioner said on Monday that only those who were violent or committed other offenses would be charged, which is a total of five out of the 30 people arrested.

Hong Kongers are no strangers to the mainland Chinese way of dealing with legal issues. Many on the island fled from persecution, poverty, famine or political persecution in China.

The activists have responded to Lam's comments and plan to address her calls not to stand down shortly.