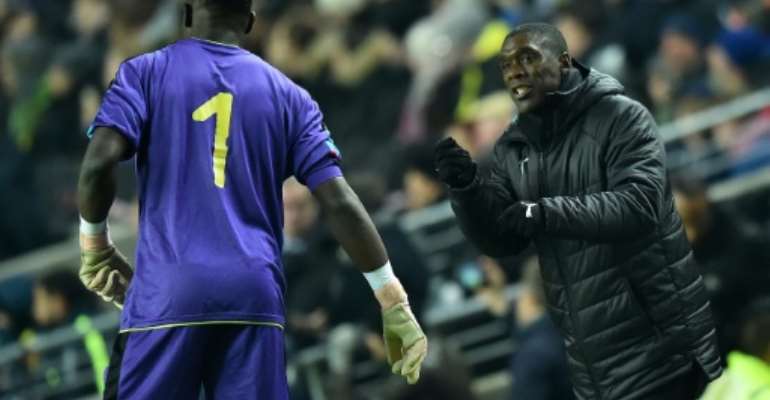 Cameroon coach Clarence Seedorf has a message for Group F opponents at the Africa Cup of Nations in Egypt this month: "no one is going to have an easy time against us."

He says the surprise winners of the last edition are "in good shape and positive" ahead of matches with Guinea-Bissau, four-time champions Ghana and Benin.

"I believe we have regained international respect thanks to some great performances after missing out on the World Cup in Russia last year."

Here, AFP Sport highlights the teams in a section Cameroon and Ghana seem set to dominate against Benin and Guinea-Bissau sides seeking first wins in the competition.

After eight losses and a draw in three previous appearances, the west African nation are craving a maiden victory at the African football showpiece.

"Above all else, we want to win a match at the Cup of Nations," says Steve Mounie, who played for the Huddersfield Town team relegated from the English Premier League last season.

The best chance the Squirrels have of achieving that ambition should come in Ismailia on June 29 when they face Guinea-Bissau, 30 places lower in the world rankings.

For the opening match against Ghana, Benin will lack suspended captain and star Stephane Sessegnon, who needs one goal to become the leading all-time scorer for the national team.

Verdict: best they can hope for is a last-16 place

The Indomitable Lions hope to match the teams of 2000 and 2002 and win back-to-back African titles. Hard-to-please former superstar Roger Milla is supporting Seedorf.

"He has played in many top competitions and knows what it takes to win big tournaments," Milla said of the four-time Champions League winner with Ajax, Real Madrid and AC Milan.

Seedorf has been less successful as a manager with short reigns at AC Milan, Shenzhen in China and Deportivo la Coruna after only 17 victories in 52 matches with the three clubs.

Vincent Aboubakar, the 2017 final matchwinner against Egypt, misses out through injury but Karl Toko Ekambi has been netting regularly for Spanish La Liga outfit Villarreal.

Verdict: can go far but unlikely to retain title

Atletico Madrid midfielder Thomas Partey says "unity holds the key to success for Ghana", a country without a Cup of Nations title since winning their fourth in 1982.

State President Nana Akufo-Addo had to intervene recently and persuade veteran Asamoah Gyan to return to the squad after the forward quit when stripped of the captaincy.

Turkey-based midfielder Andre Ayew, one of two sons of Ghana legend Abedi 'Pele' Ayew in the squad, will lead the Black Stars in Egypt.

Ghana have finished second, fourth twice, second and fourth in the last five Cups of Nations and coach Kwesi Appiah can call on many experienced international campaigners.

Verdict: it will be difficult to achieve sixth straight top-four finish

The transformation of the national team representing the tiny west African state from perennial strugglers into two-time Cup of Nations qualifiers has been remarkable.

They were competitive in Gabon two years ago before bowing out after the first round and will eye the match against Benin as an opportunity to record their first victory.

However, the Djurtus (wild dogs) cannot realistically expect to beat Cameroon or Ghana, leaving hopes of a last-16 place hinging on being among the four best third-place finishers.

The captain and star is Slovakia-based midfielder Jose Luis Mendes Lopes -- known as Zezinho -- and the defenders include Marcelo Djalo from relegated Premier League club Fulham.

Verdict: squeezing into second round will be the goal

We'll not accept the 4% salary increment — Coalition agains...
39 minutes ago