Hon Dr. Kwaku Afriyie Not Apt For The Job As MP For Sefwi Wiawso Constituency 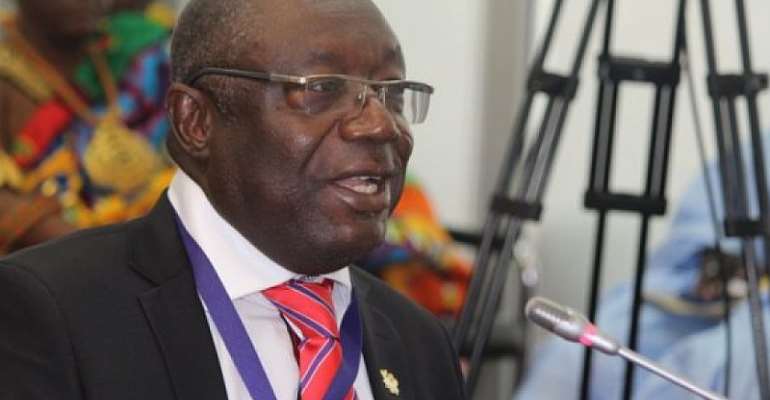 The Regional Communication Directorate of the NDC in the Western North Region has noted with concern how inept the Honourable Member of Parliament for the Sefwi Wiawso constituency has become.

On Thursday 13th June, 2019, the dismissed Western Regional Minister was granted an interview on Uniik fm 101.1 in Sefwi Wiawso in relation to his abysmal performance in the survey conducted by University of Ghana. In that said survey, he was the worst performing MP in the newly created Western North region.

It is however instructive to note that this isn't his first in putting up bad performance. Last year's survey conducted by Odikro revealed same.

1. He questioned the sample size and methodology as not been reflective.

2. He argued that the opposition MPs have no other portfolio except for been an MP.

3. He cited someone like Hon Akandoh as doing nothing than been an MP.

4. He argued he is on Health Committee in parliament and so on.

Considering these reasons, one can say without equivocation that the MP is just lazy and not apt for the job. It could be recalled that same person accused the former MP for the area (Hon. Evans Aidoo) as not performing based on a survey by Odikro which put him in similar situation eventhough he was then a regional minister for the Western region. The question is what has changed?

It is also imperative to note that as at the time of the survey, the Hon MP has been dismissed by the President as the Western Regional Minister so there again what caused his poor performance?

Is it not surprising when the Hon MP says he belongs to certain committees thus making his work tiddeous? Let me say that on that same health committee, the Hon Akandoh he cited is the ranking member who is more busier than just a member like Hon Dr Afriyie yet he scored higher.

No one can say a sample size of 27,000 voters is small. No! It is big enough to make a clear determination.

The MP is simply not good and apt for the job. We are therefore calling on the people of Sefwi Wiawso to massively vote against him come 2020 God willing.