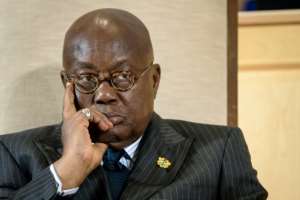 No President has ever taken the initiative of bonding with our border neighbours at all. Ghana’s relationship with TOGO has been a nauseating roller-coaster ride until His Excellency Nana Akufo-Addo came to Power. He patched the torn cords in our ties with that small country and mediated peace that continues to stand firm. We pray that it remains so. Unlike the NDC that took advantage of the border folks to accumulate votes being the cheats that its members are, the NPP refused to use such vulnerable people to perpetrate high treason.

His Excellency Nana Akufo-Addo foresaw the strength in a West-African unity, especially one with our immediate neighbour, Ivory Coast. He employed the very strong relationship he has with President Alassane Ouattara to the advantage of both nations. Being the unifier that he has always been, irenic Akufo-Addo set the ball rolling to ensure that Ghana and Ivory Coast united against the mobsters of the International Cocoa Syndicates that have played the game to the disadvantage of the Ghanaian and Ivorian farmer.

However, this initiative of the President could not have been complete without key persons like, Hon Joseph Boahen Aidoo, the Chief Executive Officer of Cococbod and his team, A&QC, including the Executive Director at CRIG, and other stake holders. Taking office after the destructive management of Dr. Opuni, Mr Boahen Aidoo’s task to restructure the cocoa industry in Ghana and reverse the negative fortunes of the industry was no meager feat. After the tumultuous few months in office, the situation began to change for the better.

In spite of negative propaganda by naysayers and dishonest people who seem to lack an iota of allegiance to GOD and country, this man turned things around. With him at the helm of affairs, smuggling of fertiliser has dramatically reduced. Currently, there is a serious clampdown on smugglers, which is bearing fruit. Hundreds of tons of fertiliser en route to neighbouring countries have been impounded in close collaboration with the security agencies of the country.

Conversely, lots of things have changed for the better. The space between farmers, distant stakeholders, and Cocobod has been bridged by constant engagement. No one feels left out anymore. Farmers are constantly visited by the CEO on tours that last for many long days at a time. The nationwide network of Cocobod’s operatives is constantly communicated with such that the true picture of the day to day activities is captured with minimal insouciance and more seriousness to the national agenda of attaining the goal of 1.5 million tons, annually. It is due to his diligence and that of his staff, especially the reshuffled management of CRIG under the A&QC, Exec Director, and others that the success story of Ghana’s cocoa is being written. Cocoa Marketing Company (CMC) is under the direct watch of Mr Joseph Boahen-Aidoo. He has been relentless in creating more brands, and rebranding existing ones to hoist higher the name of Ghana. If this is not selfless nationalism, then I do not know what else is.

Now, under the leadership of the President, H. E. Nana Akufo-Addo, Ivory Coast and Ghana, the world’s largest cocoa producing countries, have teamed up to peg the price of cocoa for this year at a generous $2,600.00 USD or over GHs13,500 (two thousand and six hundred US Dollars or over thirteen thousand and five hundred Ghana Cedis) per ton, relieving the farmers of a burden that would otherwise have become heavier with the selfish activities of the international players involved. In other words, President Akufo-Addo, Mr Joseph Boahen Aidoo, and others including their Ivorian counterparts have succeeded in making the power players in the industry share some of their profits with the farmers.

How much better can it get? It actually does get better. Chemicals are available at comfortable prices that the farmers can access without hassles and in the right amounts, enough to ensure a good harvest, but not to be sold to a third party at cheap prices. So there is no more manipulation of the system by charlatans whose modus operandi is nothing short of being nefarious.

Cashew farming is on the rise. This time around, farmers are getting value for their produce. In addition to that, for the first time in decades, coffee farms are sprawling everywhere agriculturally conducive. Soon, coffee will be at par with cocoa in Ghana, and Ghanaians will begin to drink coffee all over the world proudly grown in Ghana!