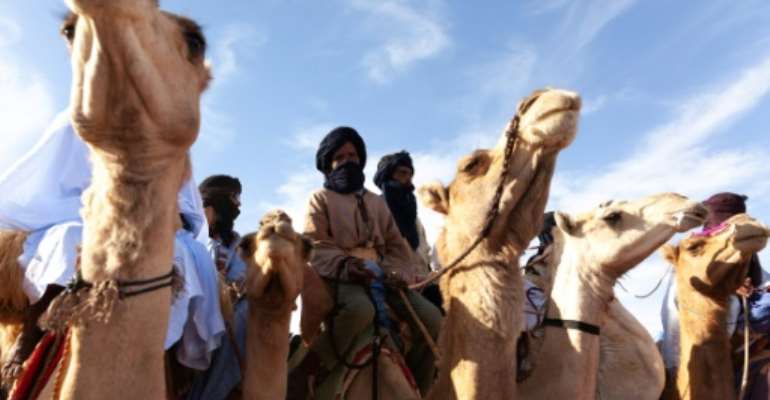 After a campaign rich in colour and steeped in desert traditions, voters in Mauritania will choose Saturday among six candidates vying to succeed President Mohamed Ould Abdel Aziz, who is standing down after a decade in power.

The frontrunner is former general Mohamed Ould Ghazouani, a longtime ally of Abdel Aziz, whose two elected five-year terms were preceded by a military coup in 2008.

His main challenger is Sidi Mohamed Ould Boubacar, who hopes to win enough support to secure a runoff vote on July 6.

He is backed by a coalition led by the main opposition movement, Islamist party Tewassoul, and by Franco-Mauritanian businessman Mohamed Ould Bouamatou, a longtime thorn in the side of the regime.

Nearly 30 percent of voters say they will vote for Ould Ghazaouani and 23 percent for Ould Boubacar, according to a poll by the Mauritanian Centre for Strategic Studies and Research (CMERS), conducted among 1,300 people in the capital Nouakchott last week.

Four other candidates in the conservative Muslim nation are outliers in the race, according to the poll.

Candidates have been trekking around the vast Sahel nation -- twice the size of France but with a population of just 4.5 million -- courting herders in the grazing lands of the east, settled farmers in the southwest and the city-dwellers of Nouakchott.

In the remote territories, politicians make sure to court the heads of tribes and clans.

They are regarded as the "grand electors" who broker power and can mobilise whole communities behind a candidate in poor and backward areas as well as the towns.

The six candidates must wind up their campaigns on Thursday.

Campaigning has been marked in distinct Mauritanian fashion by feasts and festivity inside tents and traditional music to accompany talk of political programmes. There has been no head-to-head candidates' debate.

All of the rivals promise improvements in the standard of living, though economic growth at 3.6 percent in 2018 is insufficient to meet the needs of a fast-growing population, according to the World Bank.

The ruling Union for the Republic (UPR) party, which has sworn "to leave nobody by the side of the road", argues that the crowds at its rallies already "constitute a plebiscite".

In Nouakchott, followers of Ould Ghazouani pitched their tent close by those of supporters of Ould Boubacar.

Wearing a "campaign veil" in the colours of her favourite, Salka Mint Cheikh said activists from the neighbouring tent "don't hold back from coming to our evening dances".

"We would doubtless do the same if they organised one of their own."

Nagi Ould Ahmed, a young supporter of UPR, was seated with his back to the pole of a tent as deafening music blasted out.

The nocturnal festivities are "great opportunities for shared pleasures, which have been special to us for a long time now," he said.

The opposition has warned of a potential "hold-up" in the election and accused the Independent National Electoral Commission (CENI) of being "totally won over to the candidate of the regime".

The authorities rejected an opposition request for foreign observers during the vote, but the CENI chairman has said that "everything will absolutely ready (for a vote) where transparency will be ensured, even in the absence of observers".