AWW Chaos: Mosquito Lambasts NPP For No Arrest Of Hoodlums 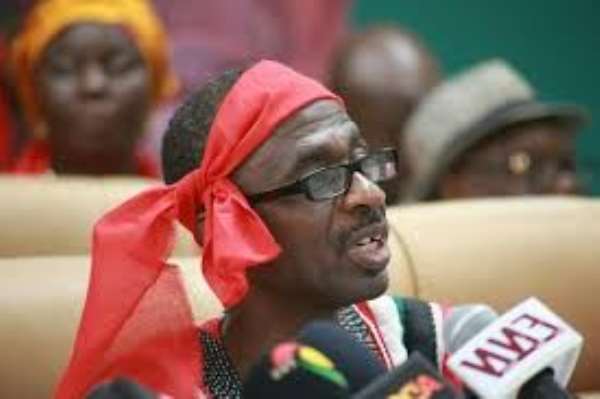 According to him, the Emile Short Commission which was set up by NPP to investigate the violence presented its final reports to the President pointing out the perpetuators but the Nana Addo led government is shielding the offenders.

This comes at the back of violence that erupted months ago when the Election Commission’s held By-Election at the Ayawaso West Wuogon to elect a replacement for the late Hon. Boakye Agyarko who passed away.

In an interview with an Accra based radio station, Mr. Asiedu Nketiah said “18 NDC members were injured, an NDC MP was slapped, someone got shot in the leg among a lot happened at the Ayawaso but the President has overlooked that.”

He added that instead of the President doing justice to issues, the National Chairman of NDC, Samuel Ofosu Ampofo was rather arrested and charged over an alleged leaked tape accusing him of kidnapping as well as assault.

NDC’s General Secretary, Johnson Asiedu Nketiah charged government to fulfill its promise to its various vigilante groups since that will stop them from kidnapping Ghanaians and foreign nations for money.

Mr. Asiedu Nketiah said “It is indeed true that every Government changes the people that occupy top positions in the various security services but the NPP has rather employed its trained vigilantes to handle such sensitive offices. Most BNI District Officers working in Banda, Tain and Wench are from the Delta forces.”

“I thought he said his party has disbanded its various party militias but I find it surprising that Delta Forces held a press conference to disassociate itself from Seidu, one of the suspects arrested in connection with kidnapping of the two Canadian girls,” he questioned.

He cautioned the Nana Addo government to desist from politicizing and playing blame games with issues of National interest.