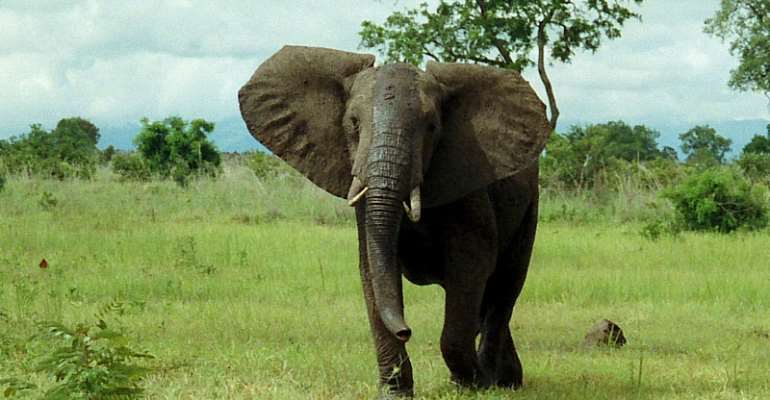 A resident of Larabanga, a farming community 5kms from Mole National Park in the Savanna Region, Seidu Yakubu popularly known as Chigoo is battling for his live to after he was attacked by an elephant inside the Mole National Park near Zaina Lodge.

Seidu Yakubu was rushed to the hospital by the Damongo police.

Reports gathered by thepressradio.com indicate that Seidu Yakubu shot the elephant at close range but the wild animal subsequently trampled on him and broke his waist.

It is not known if he succeeded in killing the elephant or not.

Even though members of the Larabanga community believe Seidu Yakubu was attacked by a buffalo, thepressradio.com enquires indicate it was an elephant.

The said Seidu Yakubu was reportedly attacked by an elephant in the year 2006 and seriously wounded with his intestines out but was saved by a staff of the Mole National Park who saw him deep in the bush.

He was sent to hospital and when he was about to get well ran away from the hospital and a year later he killed an antelope in the Mole National Park and was arrested and jailed 7 years.

Seidu Yakubu only returned from prison 3 years ago and he is reported to have far killed 5 elephants.