Ellembelle: Death of Ekokonu Assembly Man Not Due To Lack Of Hospital Beds —Office Of MP 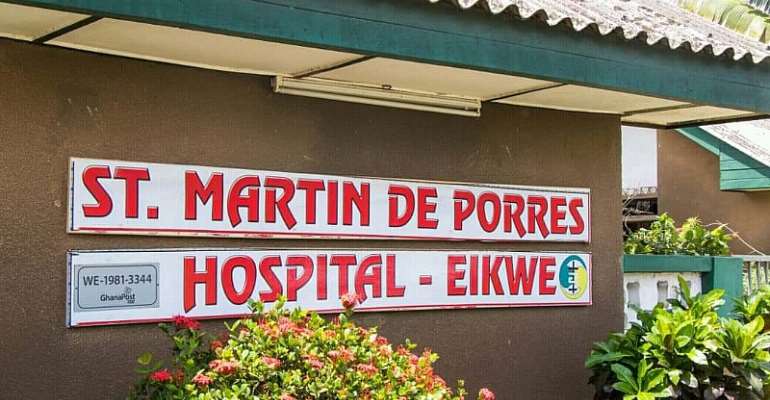 The office of the Member of Parliament for Ellembelle Constituency, Emmanuel Armah Kofi Buah has responded to media reports alleging that the death of the Assembly Member for Ekokonu Electoral Area, Rockson Assana, was due to lack of beds at the St. Martin De Porres Hospital in Eikwe.

According the President of Voice of Buah (VOB) Patrick Noah Miezah, the Member of Parliament for the Ellembelle Constituency, did his best to ensure that the Mr. Assana who was suffering from accident wounds, receive the best treatment at Eikwe while he personally made arrangements for his referral to Cape Coast and later to the Komfo Anokye Teaching Hospital for specialist care.

In an interview with Modernghana Western Region Correspondent, Lord Kweku Sekyi, Mr. Miezah dismissed earlier reports that lack of beds at Eikwe Hospital where Mr. Assana was first admitted, caused the death of the assembly member, stating that "the issue of lack of beds only came up when the medical officers at the Eikwe Hospital were exploring options for the patient's referral and Korle Bu was mentioned."

Below is the full statement forwarded to Modernghana:

We state emphatically that recent media reports alleging that negligence and lack of beds at Eikwe Hospital caused the death of the Assembly Member of Ekokonu in the Ellembelle District are nothing but false allegations concocted to damage the reputation of the Honorable Member of Parliament for Ellembelle Constituency, Emmanuel Armah Kofi Buah.

Someone may ask why our response to the allegations has taken so long since the incident took place weeks ago. Well as Ghanaians, who respect customs and traditions of the land, we thought it wise to address the situation only after the burial of the deceased.

Hon. Rockson Assana, aged 46, was the Assembly Member for Ekokonu Electoral Area whose untimely death occurred last on June 6 when he was knocked down by a vehicle as he tried to cross the highway at Debase Aiyinase on his motorbike on June 5.

After the accident, he was rushed to the Eikwe Hospital, however, due to the magnitude of the head injury, he needed a referral to a bigger hospital.

The concerned MP and the Doctor of Eikwe Hospital discussed the possibility of a referral to Sekondi-Takoradi Effia-Nkwanta Hospital, Cape Coast Regional Hospital, Korle Bu in Accra and as well as Komfo Anokye in Kumasi to know where he could get the earliest treatment.

All these arrangements was between Hon Buah and the Doctor Cooper of the Eikwei Hospital before they finally secured a place at the Komfo Anokye but unfortunately, the Mr. Assana passed away just moments later in Cape Coast while being prepared to be moved to Komfo Anokye Teaching Hospital in Kumasi.

However, as Hon. Buah was expressing his condolences to the bereaved family, his political opponents were only interested in exploiting the death of the Assembly Man for political gain.

THE FACTS OF THE MATTER

1. The Eikwe issue has nothing to do with beds but he needed a referral and that is normal in the medical service, where more serious cases are often referred to other facilities for more specialist care.

2. The bed issue only came up as a result of referral discussions to Korle Bu. It was the mention of Korle Bu that raised the issue of lack of beds.

3. Hon. Buah did his best by arranging for a Ghana gas Ambulance and a cash to be sent to Komfo Anokye.

Contribution of the MP to Eikwe hospital:

3. Expansion of Out Patients Department (OPD)

These are all facts well which can be verified in the constituency.

We urge the critics and false news peddlers to educate themselves? There is general problem in the country concerning the "no bed syndrome" so even if it was the bed issue what could Hon Buah do at that moment? Last year a 70 old man Anthony Opoku Acheampong died at LEKMA HOSPITAL after visiting 7 hospitals but turned away because of lack of beds claims by the hospitals. After the incident which has been happening to many, got the public criticizing the authorities for it and these are some of the comments

2. "It is unacceptable for health facilities to just send a nurse or worker out to tell the family, 'There is no bed. Go to Korle-bu/Ridge etc,'" by Arthur Kennedy

3. "Ghanaians are dying senseless deaths because of poor leadership. Millions of dollars have been sunk into infrastructure that is either completed and unused, way behind schedule or wholly abandoned due to corruption and the ineptitude of leadership in the country." by Akoto Boafo City FM news editor.

4. Speaker of parliament want the 'no bed syndrome' criminalized and this is what he said on the floor

“No medical person shall refuse to attend to a person in an emergency situation, Prof Mike Ocquaye said on a day when Members of Parliament were vehement in their condemnation of the “no bed syndrome” a popular refrain by health personnel.

“It should be made a crime,” the Speaker added and charged the Health Committee of Parliament to quickly look into the matter and come out with a new law even if it is by a private member’s motion.

5. Now the deputy minster of Attorney Also narrated his story.. (Lawyer Kpenka)Narrating the incident, Mr Kpenka said Korle Bu Teaching Hospital, 37 Military Hospital, Nyaho Medical Centre, The Trust Hospital and finally to the ultramodern Ridge Hospital - all refused to admit and administer treatment to the patient because “there was no bed”. all major health facilities in the capital he drove his sick wife to. And he lost his wife and describes the incident as real but not cosmetic.

6. John Dramani Mahama @JDMahama "There are some who said 'we don’t eat roads! don't eat hospitals'"

We must expand access to health facilities across the country. This was on his Twitter handle with the man's picture!

There were numerous calls some even from the Health Minister Kwaku Agyemang Manu just to call us all awake that we have a delicate issue to deal with not a mere political chagrin.

We therefore urge the public to go through what this publication and examine the facts.

Also, if they are accusing Hon Buah who has helped the constituency with Health facilities more than anybody else who has held similar positions in the past, then what can they say about this NPP government? Hon Frederick Blay (National chairman, former MP) is from Eikwe, born, nurtured and schooled at Eikwe.

Couldn't he also have used the $11m he used to purchase the 275 buses for any important development of the hospital even though CHRAJ is after him on that money?

This should tell us that as a mission hospital, they deal with credible individuals, groups and organisations.

We will end here with simple quote from the Bible