BAC to the future: French school-leaving exams kick off 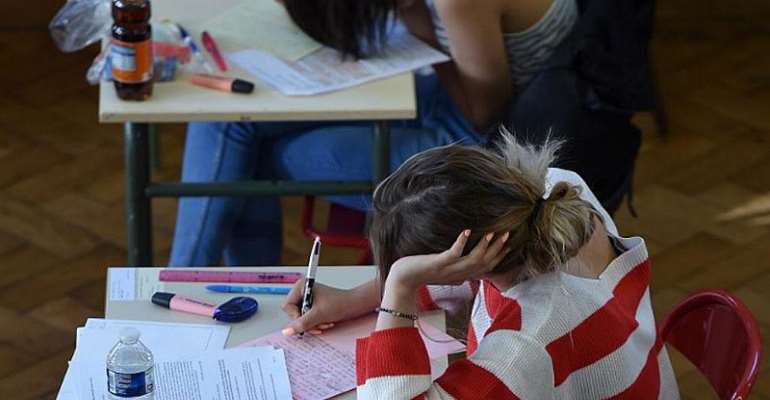 The French final school examination, the Baccalauréat, got under way this morning with the traditional Philosophy test. There appeared to be no additional problems for the 554,000 candidates, despite a call by some teaching unions for a strike by supervisors.

"Is it possible to escape from time?" or "Do you lose your freedom if you accept your responsibilities?"

Those were two of the weighty subjects facing candidates in the BAC Philosophy exam. Morality, work, Montaigne's Essays, and a text by Freud were also on the menu, depending on which speciality the students had chosen.

One 17-year-old went to the slaughter with an appropriately philosophical attitude: "At least, we get the hardest part over first," she told the French press agency, AFP.

Apart from the inherent difficulty, the philosophy test has a huge coefficient, meaning that a poor performance in the opening exam can leave even strong students struggling to catch up in other subjects.

Several colleges reported the presence outside their gates of small groups of teachers carrying banners protesting against reforms proposed by the education minister, Jean-Michel Blanquer.

Striking teachers published their own philosophy questions on social media. Among those unofficial proposals were "Is communication the same thing as dialogue?" or "Is ignoring people a good way of governing them?"

The minister has described the call to strike and disrupt the exams as "incomprehensible", adding that replacement supervisors would be available to take over from strikers at the last moment.