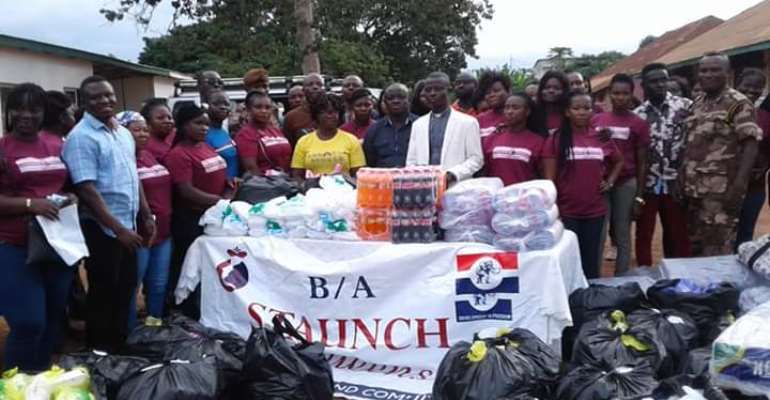 The Bono Regional Chairman of the New Patriotic Party, Kwame Baffoe, popularly called Abronye D.C, has settled medical bills of some 30 inmates of the Sunyani Central Prisons and further donated a laptop to facilitate records keeping at the facility.

He made the donation on the Fathers’ Day celebrations last Sunday when an NPP group in Sunyani, Stunch Queens, presented some assorted items valued at several thousands of Ghana cedis to the inmates.

Members of Stunch Queens, after presenting assorted drinks and detergents to the inmates dined and wined with them.

In his brief remarks, Abronye D.C noted that the convicts were still an integral part of society and so they need the love of all and sundry to properly reform and reintegrate into public life after serving their sentence.

He said, their temporary stay there was meant to reorient their psyche and to prepare them for better assignments after serving their jail terms.

He advised them to take the manpower and skills training being offered them by Ghana Prisons Service serious to enable them acquire employable skills that would secure them a bright future upon their release from prison.

He advised the inmates to be of good behaviour even while serving their sentence, in order to benefit from possible presidential pardon.

Present at the ceremony were the Bono Regional Secretary of the NPP, Kofi Boateng and some other executives.