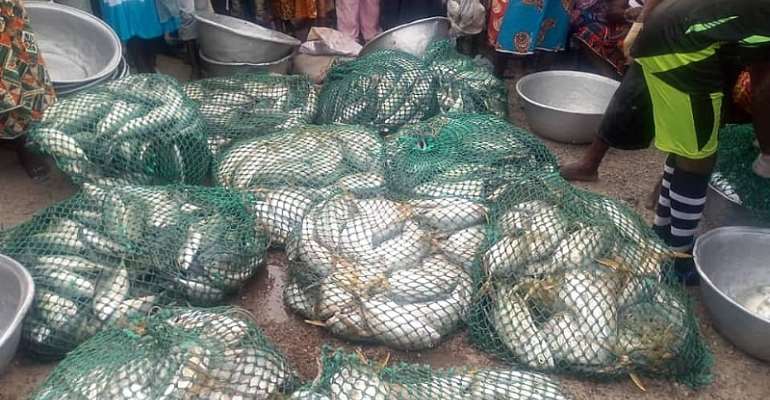 Fishermen in Winneba have harvested bountifully following the lifting of the month-long ban on fishing.

A Member of Parliament (MP) for Efutu, Alexander Kwamena Afenyo-Markin who disclosed this on Sunday said the bumper harvest by fishermen in Effutu has proven that the decision to close the sea was only meant to help fishermen nationwide.

"Initially this policy by the Nana Addo led government made no sense to doubters. But today, the bumper harvest by fishermen in Effutu has proven that the decision to close the sea was only meant to help our fishermen nationwide," he wrote on his Facebook page.

The Ministry Fisheries and Aquaculture Development announced a closed fishing season for inshore and artisanal fishers from May 15 to June 15.

This was meant to enable the fish stock to replenish.

Meanwhile, the Minister for Fisheries and Aquaculture Development, Elizabeth Afoley Quaye has charged fishermen to desist from negative and illegal fishing methods as they return to the sea.

According to her, the closed season has come to stay, adding that the government will continue with the implementation in subsequent years in order to realize the meaningful impact.

“As we mark the beginning of fishing activities, I wish to indicate that there is still a ban on all forms of illegal, unreported and unregulated fishing activities including light fishing, use of obnoxious substances such as DDT, dynamite, Omo, and all the obnoxious chemicals,” she added.