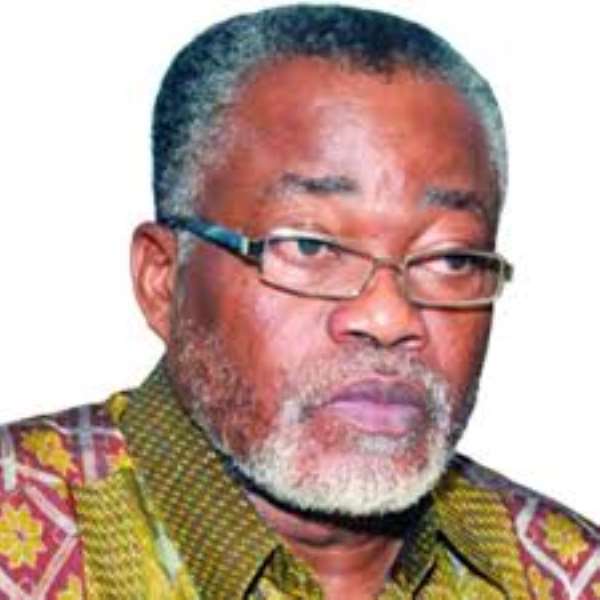 Security Analyst, Col Festus Boahen Aboagye (Rtd) is asking Government to stop interfering in the duties of the Ghana Police Service adding that such practices are unprofessional.

According to him, it was completely out of place for the Minister of Information, Kojo Oppong Nkrumah to have hijacked the role of the police to be speaking on matters regarding the rescue mission which brought back the two Canadian girls.

He said, “I find it a bit revealing that the Minister chose to use the prerogative of the government to tell us about the rescue and release mission and nobody else on that platform had anything else to say."

Speaking on a Current Affair talk show on an Accra based Television Station, Col. Rtd. Boahen Aboagye said although the police made some errors in its pronouncements during their Meet-The-Press encounter on the whereabouts of the three kidnapped Takoradi months ago, that incident must not be used against them as well as gag them from addressing the public on security related issues.

“If someone makes a mistake at one occasion, does not mean he/she should not be given another chance to to speak again. We may choose to do things in our way in this country but if anything similar of this nature had happened elsewhere in the U.S, we would have seen the Mayor, Governor and Sherrifs behind the microphone, explaining the incident,” he added.

He emphasized that action by the Information Minister would further reduce the already broken trust the Police Service is struggling to build in the country.

The teaching consultant at the Kofi Annan International Peacekeeping and Training Centre (KAIPTC) however cautioned that individuals occupying top positions in the various security agencies must be given the chance to engage the media or the public at anytime without restricts.

Col. Rtd. Aboagye added that Kojo Oppong’s eagerness to announce that the rescue mission was without the support or aid of foreign resources was incomprehensive.

W/R: Five wounded after residents of Ampatano and Kamfakrom ...
37 minutes ago