Charlotte Osei Was Not the Best Ghanaian Candidate for Afghanistan 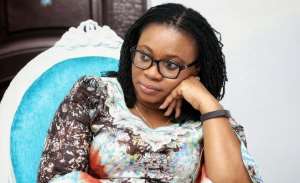 In the wake of Mrs. Charlotte Kesson-Smith Osei’s appointment by the United Nations Organization (UN) to participate in the upcoming elections in war-ravaged Afghanistan, as an International Elections Commissioner (IEC), we learn that the Afghan media, in particular the privately owned media in that country, have been digging deeply into the past performance of Ghana’s first female Electoral Commissioner or EC Chair to find out precisely why Mrs. Osei was dismissed from the post which she held for just a little over two years, before being given the sack by President Addo Dankwa Akufo-Addo (See “Charlotte Osei Under Media Attack in Afghanistan” DailyMailGh.com / Ghanaweb.com 6/13/19).

In the main, the referenced news article which the present column discusses has to do with allegations of procurement improprieties made against Mrs. Osei the results of whose investigations let to the latter’s dismissal as Chairperson of Ghana’s Electoral Commission (GEC). The procurement infractions were serious enough, because they portrayed the dismissed EC Chair as one who had little regard for the terms of reference of the job for which she had been constitutionally unwarrantedly appointed. Her appointment was a constitutional violation on the part of then President John Dramani Mahama, because Mrs. Osei had been literally transferred from the coordinate post of Chairperson of the National Commission for Civic Education (NCCE), a citizenship rights and responsibilities establishment, to the closely related, albeit more powerful and politically sensitive Electoral Commission.

Ghana’s Constitution does not allow for the arbitrary transfer of the chairpersons of any of the statutorily and functionally independent commissions, among them the Commission for Human Rights and Administrative Justice (CHRAJ), in order to ensure political noninterference in the work of these functionally independent nonpartisan establishments. In other words, from the get-go, then President Mahama’s decision to transfer Mrs. Osei from the National Commission for Civic Education was wrongheaded and a flagrant breach of Ghana’s 1992 Republican Constitution. This is what ought to be heavily underscored, because it clearly appears that then President John Dramani Mahama’s decision was inescapably informed by a motive other than that which is clearly spelt out in Ghana’s Fourth-Republican Constitution.

And true to form, Mrs. Osei did not disappoint the man who had appointed her to her new post under such unorthodox circumstances. She would vigorously defy decisions handed down by the Supreme Court of Ghana pertaining to the appropriate conduct of voters’ registration, in particular questions regarding who qualified to vote and by what set of criterion or criteria. Mrs. Osei would practically make up her own rules which she capriciously decided superseded the Supreme Court’s definitive interpretations of the same. This aspect of Mrs. Osei’s scandalously poor performance as Ghana’s Electoral Commissioner is what the Afghan media ought to be highlighting.

At any rate, contrary to what Mr. Johnson Asiedu-Nketia, the General-Secretary of Ghana’s main opposition party, the National Democratic Congress, would have the rest of the world believe, if Ghana ever finds itself being targeted for terrorists attacks by elements with connections to Afghan-based terrorist organizations like Al-Qaeda or even the Taliban, especially in the event of the Afghan opposition losing that country’s elections, Mrs. Osei is far more likely to be held accountable than Mr. Bryan Acheampong, Ghana’s astute National Security Minister, who, as an American citizen and a brave warrior of first-rate caliber – he has, presumably, since renounced the same – served in Afghanistan as a counter-terrorist member of the US Military, as publicly alleged by Mr. Asiedu-Nketia. For, Mrs. Osei has an indelible track-record right here, in Ghana, as an Electoral Commissioner who has little credibility and integrity and can hardly be trusted to abide by legitimately established election laws and protocols.